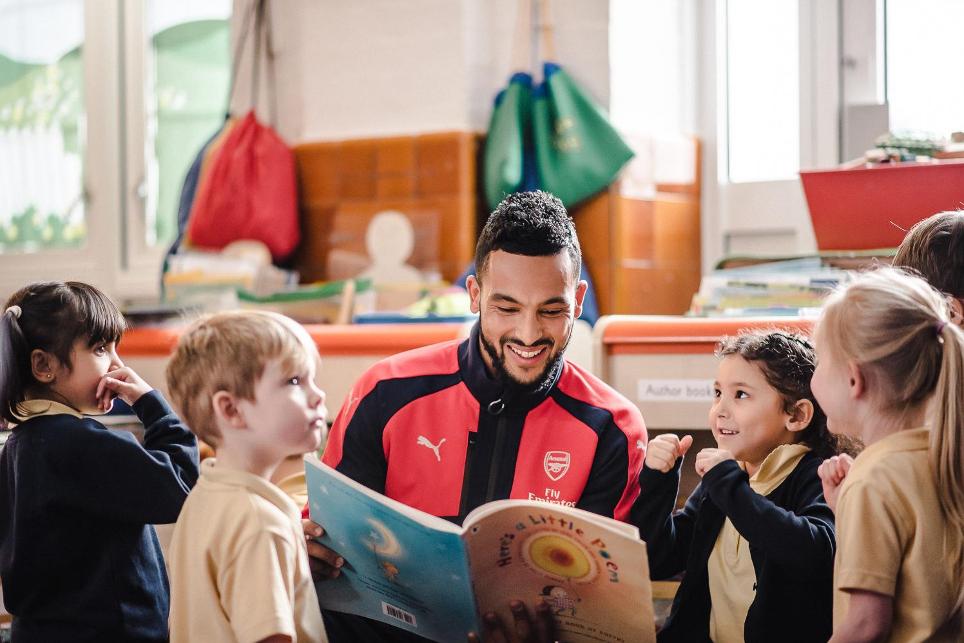 Theo Walcott has given his backing to the new Premier League Primary Stars project, which was launched this week.

PL Primary Stars is the Premier League’s most ambitious community programme to date, looking to provide free curriculum-linked teaching resources for girls and boys aged 5-11 in 10,000 primary schools in England and Wales by 2019.

The launch features a national TV ad campaign, in which Walcott is one of many Premier League stars to appear.

The Arsenal forward was happy to help promote the programme, which will expand support for teachers provided by 88 Premier League and English Football League clubs.

"As a dad of two boys, I was very keen to support the Premier League's Primary Stars community programme," Walcott said.

"I hope this programme can have a very positive influence on the education of young children across the country."