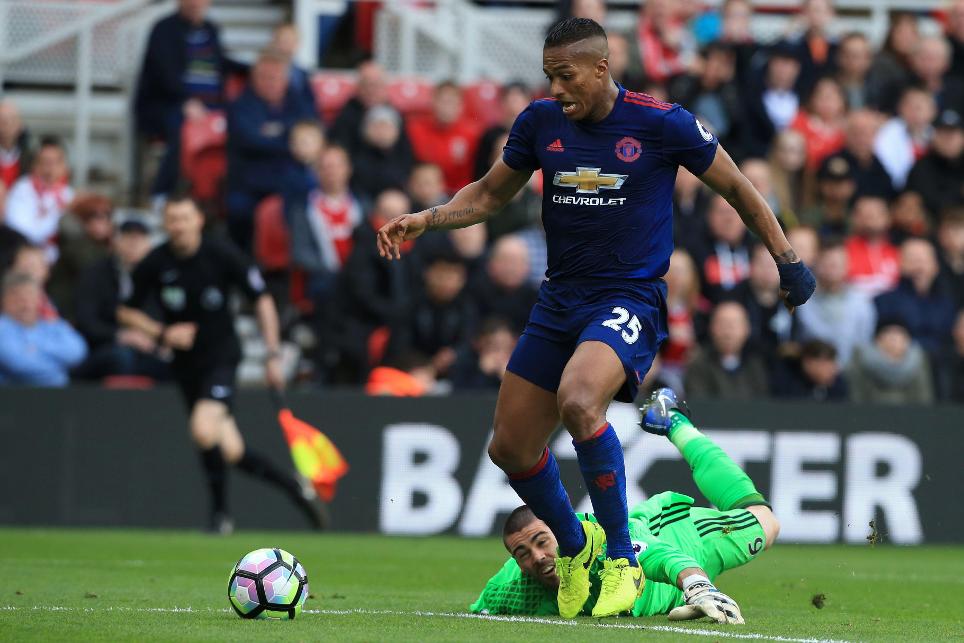 Man Utd defender is the top Fantasy replacement for Everton’s Seamus Coleman, with good reason, according to The Scout

After scoring his first goal of 2016/17 in Gameweek 29 and following the season-ending injury for Everton's Seamus Coleman’s (£6.0m), Manchester United’s Antonio Valencia (£5.8m) is in demand for Fantasy Premier League managers.

The Ecuadorian defender leads the transfers-in list over the international break, attracting 89,000+ new owners ahead of Saturday’s home meeting with West Bromwich Albion.

Producing a goal, three assists and a trio of clean sheets over his last seven outings, Valencia’s ascent is perfectly timed ahead of Gameweek 34, when Jose Mourinho’s side face two fixtures against Burnley and Manchester City.

In the short-term, the Gameweek 30 encounter with the Baggies looks immediately favourable for the right-back.

West Brom have conceded 10 goals in their last four away matches, failing to score in two of those encounters.

During the last six Gameweeks, Tony Pulis’ defence has also conceded 22 chances down the left. Only AFC Bournemouth and Sunderland (23) have been more vulnerable down that side of the pitch during that period.

Valencia’s charging runs down Man Utd's right will be a key weapon on Saturday.

He thrived in an attacking wing-back role against Middlesbrough last time out and although Mourinho may revert to a four-man defence, Valencia could still be used in a more advanced position over the final stretch.

It's only March and we've already equalled 2015/16's spread of #MUFC scorers... pic.twitter.com/gNRcsTW5hg

The statistics demonstrate why his manager is so keen to exploit his attacking instincts.

Valencia has registered more successful open-play crosses (39) than any other FPL defender and has produced 365 successful passes ending in the final third – only Liverpool’s Nathaniel Clyne (£5.8m), with 489, has recorded more.

He also appears to be an assured starter, having played 2,131 minutes this season, 736 minutes more than any Man Utd defender.

That may prove crucial given that the Red Devils remain in the UEFA Europa League, increasing the need for rest and rotation.

Indeed, United's schedule is key to their appeal: Mourinho’s side have 11 matches over the remaining nine Gameweeks with an additional "double Gameweek" to come prior to the season climax.

Early investment in Valencia could earn dividends, with the West Brom match followed by another home fixture against Everton, before a trip to Sunderland in Gameweek 32.

Having demonstrated his ability to produce attacking returns to reinforce points earned from clean sheets, Valencia is undeniably a key FPL target for the run-in.