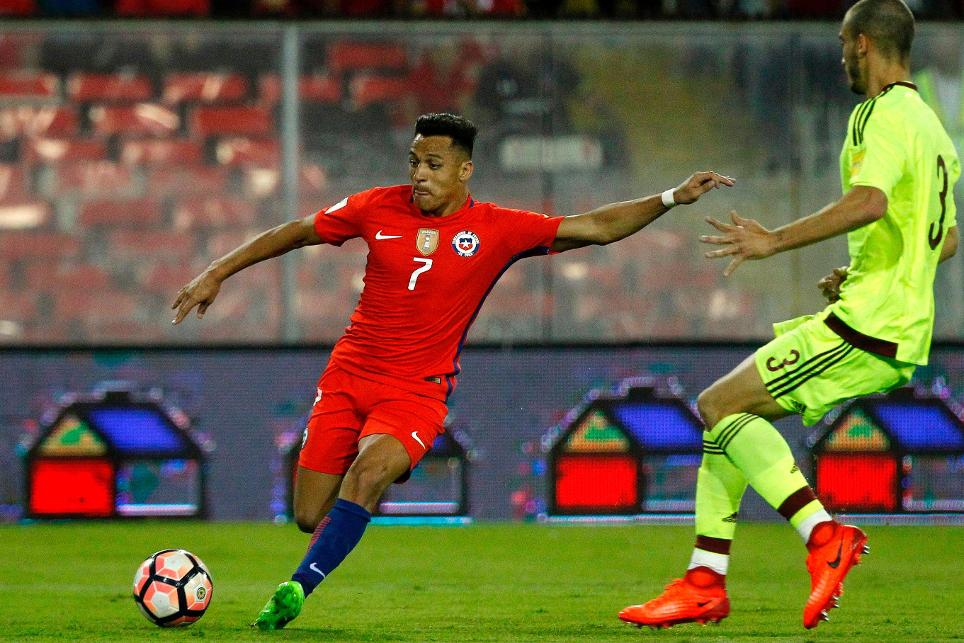 Alexis Sanchez (£11.6m) put Fantasy Premier League managers on alert ahead of Arsenal’s Gameweek 30 home encounter against Manchester City by supplying a goal and assist in Chile’s 3-1 win over Venezuela.

The top-scoring FPL asset, Sanchez is the second most transferred-out midfielder in the Gameweek, with over 34,000 parting company due to concerns over the ankle problem that forced him off against West Bromwich Albion in Gameweek 29.

But having played 90 minutes in both Chile’s fixtures over the international break, the 26.2%-owned Sanchez has dispelled any worries over his fitness in time for Sunday’s home match against Pep Guardiola’s side.

With Arsenal scheduled to play 11 fixtures over the final nine Gameweeks, the potential offered by Sanchez, even amid concerns over the Gunners’ form, looks near impossible to ignore.

Liverpool’s Philippe Coutinho (£8.2m) was another South American on the scoresheet, rediscovering his eye for goal ahead of a home Merseyside derby with Everton.

The Reds midfielder, who has scored just once in 11 appearances since recovering from injury, grabbed the opener for Brazil in a 3-0 home triumph over Paraguay. Along with Roberto Firmino (£8.4m), Coutinho played 87 minutes before being replaced late on.

As the match took place on Wednesday morning, Liverpool are expected to fly both players back early in time for Saturday’s 12.30pm kick-off.

Everton could be forced to field a makeshift defence at Anfield after Ramiro Funes Mori (£4.8m) was carried off the pitch on a stretcher after injuring his knee during Argentina’s defeat by Bolivia.

The 20-year-old made successive starts in the absence of Coleman over the opening three matches of the campaign and would offer FPL managers an assured option in the budget bracket.

West Bromwich Albion’s Salomon Rondon (£6.5m) – who has failed to score in each of his last 13 Gameweeks – provided Venezuela’s consolation in the loss to Sanchez’s Chile.

The West Brom striker faces a trip to Manchester United on Saturday afternoon although, following a long-haul return, may start that encounter on the bench.

Owned by just 4.1% of FPL managers, the Eagles forward has scored a single goal in his previous 13 Gameweek appearances ahead of a weekend trip to Chelsea.

Yet Palace’s schedule beyond the weekend ensures that FPL managers should monitor Benteke’s progress.

Sam Allardyce's side have home encounters with Leicester City and Burnley in Gameweek 33 and 35, together with a pair of Gameweek 34 fixtures against Liverpool and Tottenham Hotspur, boosting the striker's prospects.