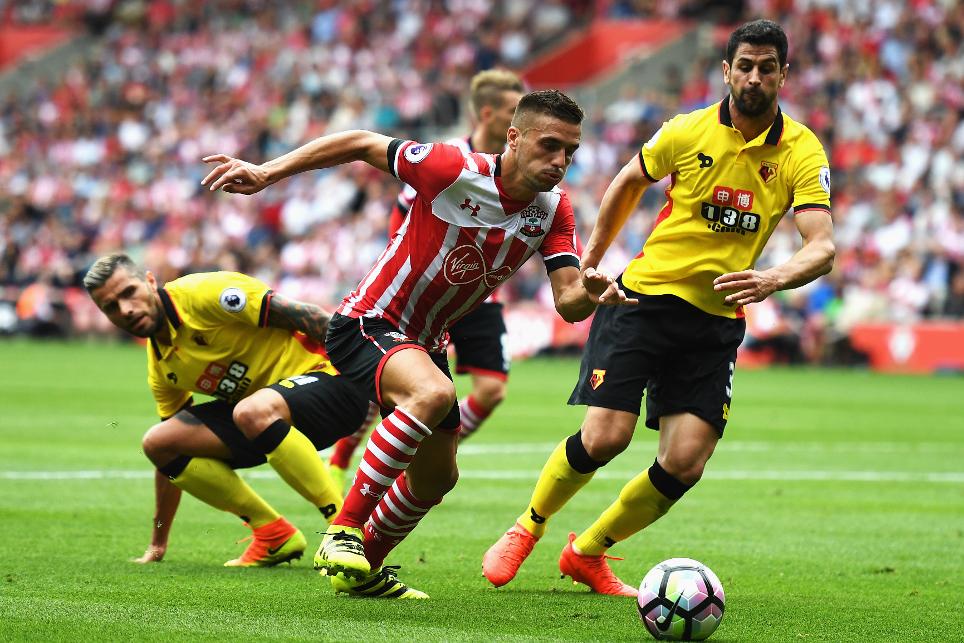 The Serbia international has produced a goal and three assists over his last trio of appearances, benefitting from playing in a No 10 role in Saints’ 4-2-3-1 formation.

Striker Manolo Gabbiadini (£6.9m) is an injury concern due to a groin problem and so Tadic, who is owned by only 1.8% of managers, could prove a game-changer over the season run-in.

Claude Puel’s men face a south-coast derby against AFC Bournemouth in Gameweek 30, with the Cherries’ defence having conceded 12 goals over their last four away trips.

Tadic’s output since moving into a central position suggests he can use those three fixtures as a platform to boost his FPL stock.

Since Gameweek 25, his average number of chances created per match has increased from 1.9 to 3.0.

He has also been more accurate in front of goal, his number of shots on target increasing from 0.7 to 1.3 per match.

Considering that seven of Southampton’s 11 remaining fixtures will be played at home, Saints assets could prove crucial for FPL managers.

But it is Tadic, who delivered eight goals and 13 assists in 2015/16, who appears to offer the standout option, particularly as he is expected to remain on penalty kicks in the continued absence of the injured Charlie Austin (£6.3m).

Tadic will return for domestic duties in confident mood on the back of a goal and two assists in Serbia’s 3-1 win over Georgia in last Saturday’s FIFA World Cup qualifier.

Having produced for both club and country over recent matches, only 6,000 FPL managers have made a move for Tadic over the international break.

His two extra fixtures from now until the end of the season gives him the potential of short-term gains and returns right through until Gameweek 38.