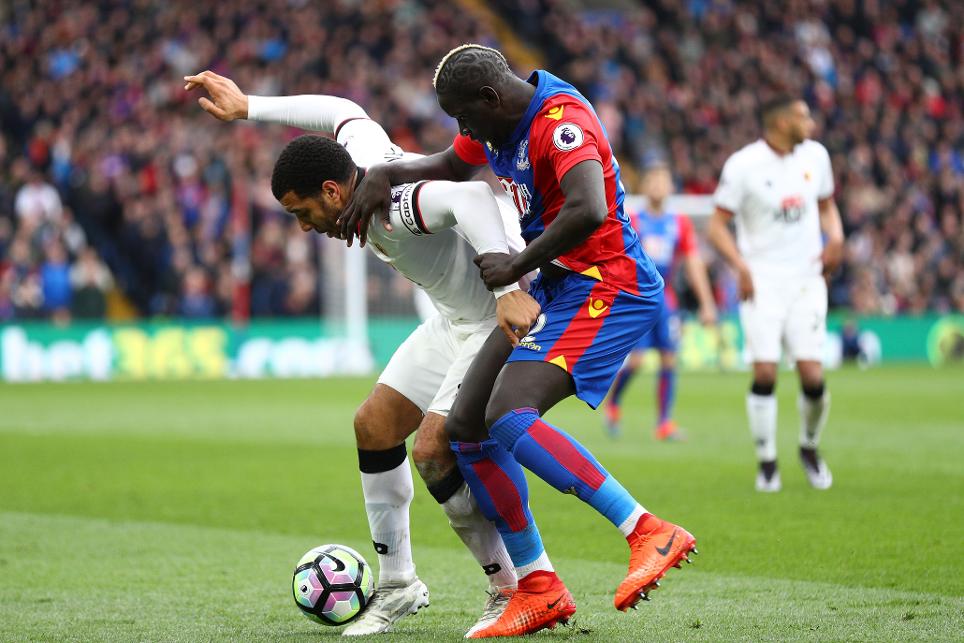 The on-loan defender produced 10 clearances, blocks and interceptions (CBI) and 10 recoveries, in addition to completing 80% of 42 attempted passes.

James Tomkins (£4.9m) collected two bonus points, with 25 in the BPS. The centre-back registered 13 CBI and a trio of recoveries to help the Eagles secure a third successive shutout.

Goalkeeper Hennessey made six recoveries and a pair of saves, while Ward produced 10 CBI and five recoveries.

Deputising for the injured Patrick van Aanholt (£5.1m) at left-back, Schlupp contributed seven recoveries, a completed a dribble and a successful tackle.

In a match that produced only 13 shots, Wilfried Zaha (£5.6m) registered the highest ICT Threat score (33).

The Palace winger fired three shots, with two arriving from inside the Watford penalty area, although none of his efforts were on target.

Fellow winger Andros Townsend (£5.8m) topped the ICT Index for Creativity (29) thanks to two key passes and a pair of successful crosses.

8⃣ minutes of highlights are now available to watch for free on https://t.co/TTogt6KZzQ...

Sam Allardyce’s rearguard have earned clean sheets in all three matches with Sakho in the side, with the Frenchman producing maximum bonus from his last two appearances.

Indeed, despite a testing trip to Chelsea to come in Gameweek 30, Sakho is the fifth-most bought defender since the weekend deadline. More than 5,900 FPL managers have moved for his services.

With Palace set to play twice in Gameweek 34 – at Liverpool and at home to Tottenham Hotspur – interest in their main targets is on the rise.

But Sakho cannot play against his parent club in the first of those fixtures due to the conditions of his loan deal.

The "double Gameweek" could yet trigger interest in Zaha and Townsend, who were both among the goals in a 2-0 win over West Bromwich Albion back in Gameweek 27.

After scoring in five of his previous six Gameweek appearances, the Hornets' captain was subject to 46,000+ transfers in ahead of last weekend’s deadline.

Despite an unfortunate own goal in Saturday's defeat, his 6.7% FPL owners may well look to hold on in light of a promising upcoming run of opponents.

According to the Fixture Difficulty Rankings (FDR), four of Watford’s next five matches score two or less. This run involves home encounters with Sunderland, West Bromwich Albion and Swansea City, in addition to a trip to Hull City.