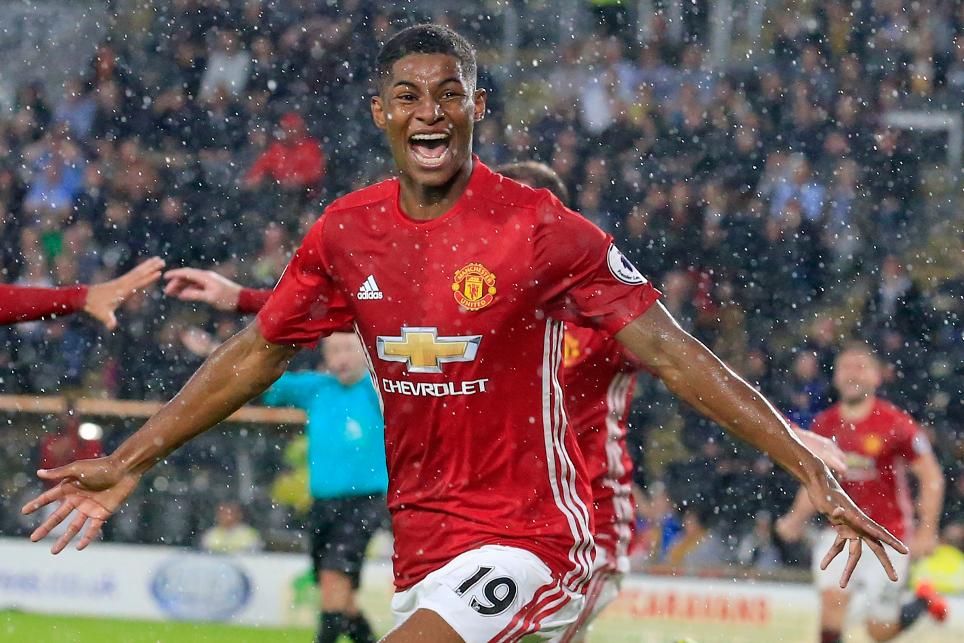 The Swede became the oldest player to score 15 goals in a Premier League season last month, and his two goals in the EFL Cup final inspired Man Utd to their first trophy under Jose Mourinho.

A three-match domestic ban, two of which will be in the Premier League, is a blow to his side's top-four hopes.

Ibrahimovic’s importance to United's league form is evident in the table below.

Only Sunderland's Jermain Defoe and Romelu Lukaku, of Everton, have scored a higher proportion of their team’s goals this season.

Players most important to their teams

But is Ibrahimovic’s dominance of United’s attacking play due to a lack of alternatives or a consequence of the system? And is Mourinho suffering from a lack of options or are there alternatives ready to fill in?

The expected-goals (xG) measurement evaluates how good a chance to score players, and teams, get in a match.

The xG data in the table below shows that, unsurprisingly, Ibrahimovic is the most productive player at United, with a rate of 0.46 expected goals per 90 minutes.

But digging a bit deeper into the data shows Ibrahimovic’s expected goals per shot is only 0.11.

The 35-year-old has taken 109 shots this season, 13 more than any other player, and has often struggled to convert presentable openings.

To highlight this fact, Ibrahimovic leads the league for "number of clear-cut chances hit off target or squandered", with eight. No other player has more than four.

Looking at the xG per-shot data in the table above, Marcus Rashford looks the best option to step in for Ibrahimovic, starting against Middlesbrough on Sunday.

Rashford deputised in Monday’s FA Cup quarter-final at Chelsea and boasts a xG per-shot rate of 0.16 in the Premier League.

The 19-year-old failed to convert United's best chance at Stamford Bridge, but his 2016/17 numbers suggest he is a decent replacement for Ibrahimovic who will either get good chances or create them for himself.

This, after all, is a player who has only had 18 shots on target in the Premier League, but has scored with eight of them.