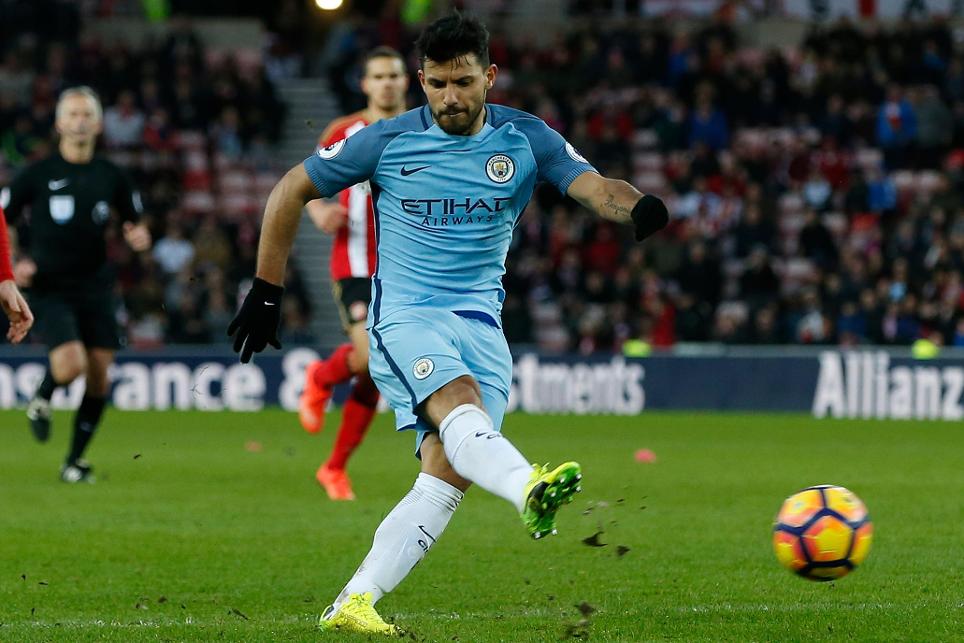 As well as netting Man City’s second goal he completed 88% of 42 attempted passes, three of which led to goalscoring opportunities for the visitors.

In addition, Sane made six recoveries and won two tackles.

Although he opened the scoring for Pep Guardiola’s side, the Argentinian’s BPS tally suffered as he was tackled six times and caught offside once.

Aguero claimed top spot in the ICT Index, thanks to a scored of 15.3.

Scoring 101 for ICT Threat - the highest tally of Gameweeek 27 - he fired five shots on goal at the Stadium of Light, with three efforts from inside the box all hitting the target.

Sane’s goal and trio of key passes ranked him second in the ICT Index with a total of 11.9 – his highest of the season.

David Silva’s (£8.6m) ICT Creativity score of 49 was the best on show in Sunday's contest.

The Spaniard completed more passes in the attacking third (33) than any player, with three leading to scoring opportunities.

Transferred in by more than 377,000 new owners ahead of Saturday's deadline, Aguero has netted five goals in three matches across all competitions.

Having earned a first start since Gameweek 22, Aguero now hosts Stoke City on Wednesday in the second of City’s two Gameweek 27 fixtures.

But with the Citizens set to miss Gameweek 28 due to the FA Cup, the pricey Argentinian is already the third-most sold forward.

Similarly, Raheem Sterling (£7.9m) – subject to 338,000+ transfers in the lead up to City’s “double Gameweek” – is the third-most transferred-out midfielder.

Yet the winger has proven Man City’s most consistent FPL performer of late. His assist for Aguero’s opener means that he has produced attacking returns in nine of his last 11 Gameweeks.

Sane has also stepped up his output in recent matches - he has supplied five goals and three assists in his last eight starts across all competitions.

But with Guardiola's men facing Liverpool, Arsenal and Chelsea between Gameweeks 29-31, it may not be until a favourable run of fixtures from Gameweek 32 before Man City's attacking assets attract further attention.

For Sunderland, sales of Jermain Defoe (£7.8m) have gathered pace. The striker has scored in only one of his last six Gameweeks.

Defoe earned more transfers out than any forward in Gameweek 27 and is second only to Zlatan Ibrahimovic (£11.5m) for sales since Saturday, with Sunderland also missing Gameweek 28.

Still owned by 24.8% of FPL managers, Defoe may yet profit from a favourable run-in. Eight of the remaining 11 matches score no more than two in the Fixture Difficulty Rankings (FDR).