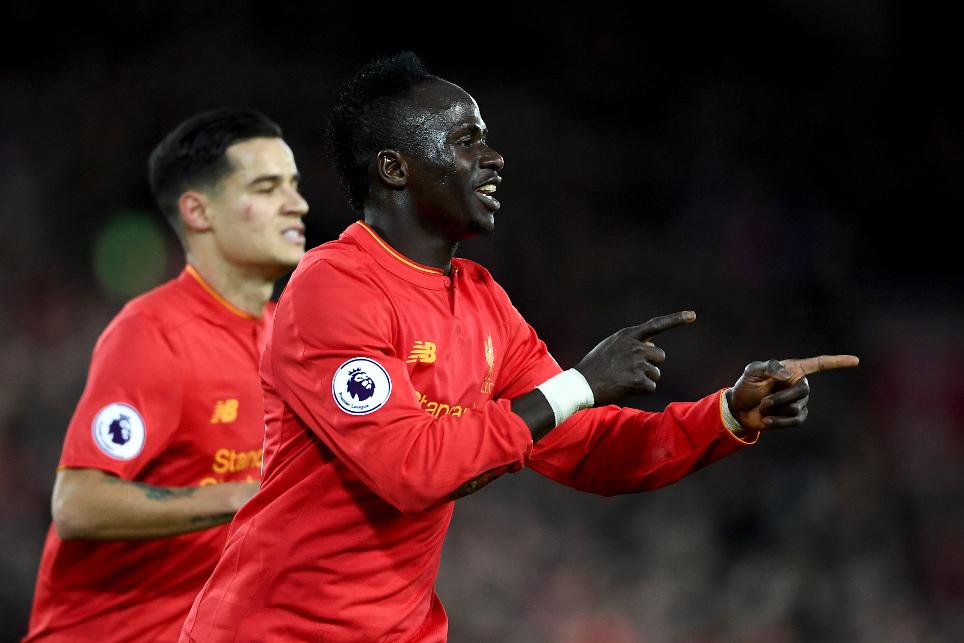 Five things we loved during victory against Arsenal... External Link

The Senegal international produced a 13-point return against the Gunners, a week after earning 360,000+ new owners ahead of a Gameweek 26 blank at Leicester City.

His goal and assist, coupled with two completed dribbles and two key passes, earned him 41 in the Bonus Points System (BPS) and the maximum three bonus points.

That edged out team-mate Roberto Firmino (£8.4m), who matched Mane's goal and assist return, scoring 38 in the BPS.

The Brazilian was also successful with two dribbles and supplied three chances in Saturday's contest. But Firmino lost BPS having been tackled on five occasions and ruled offside three times.

Georginio Wijnaldum (£7.5m) completed a clean sweep of the bonus points for the Reds.

The Dutchman recorded 30 in the BPS thanks to his late goal from Divock Origi's (£6.1m) assist. Wijnaldum also completed 93% of his 44 pass attempts and supplied a key pass.

Liverpool dominated in the ICT Index, with Firmino on top with an overall score of 17.0.

His three key passes earned a total of 41 for Creativity, the highest of any player at Anfield. Firmino also registered 71 for Threat, having fired in three shots on goal, all from inside the Arsenal box.

But compatriot Philippe Coutinho (£8.2m) bettered that Threat contribution, scoring 75 and ranking second with an overall Index score of 12.0.

Having fired in six shots in Monday's defeat at the King Power Stadium, Coutinho repeated that feat, with four of his six efforts on Saturday arriving from inside the penalty area.

It was the turn of Mane and Firmino to shine for Liverpool, although the performance of Coutinho was again impressive, suggesting that he remains a major consideration for FPL managers.

Jurgen Klopp’s side are one of only eight teams with a fixture in Gameweek 28 and their home meeting with Burnley promotes those three midfielders as key targets - Mane and Firmino already rank in the top five for transfers in ahead of Saturday's deadline.

With eight goals from 11 home outings, Mane has delivered 6.1 points per match this season - a statistic bettered only by Arsenal's Alexis Sanchez (£11.6m and 7.2 points per match) among FPL midfielders.

With Arsenal manager Arsene Wenger deciding to start with Sanchez on the bench, confidence in the Chilean has been dented.

Sanchez is the only major FPL target in the Arsenal ranks and emerged to provide the assist for their consolation goal, scored by Danny Welbeck (£7.3m).

Wenger's defence boasts only one clean sheet from their last five Gameweeks, with Sanchez scoring three and assisting one of their six goals over that spell.