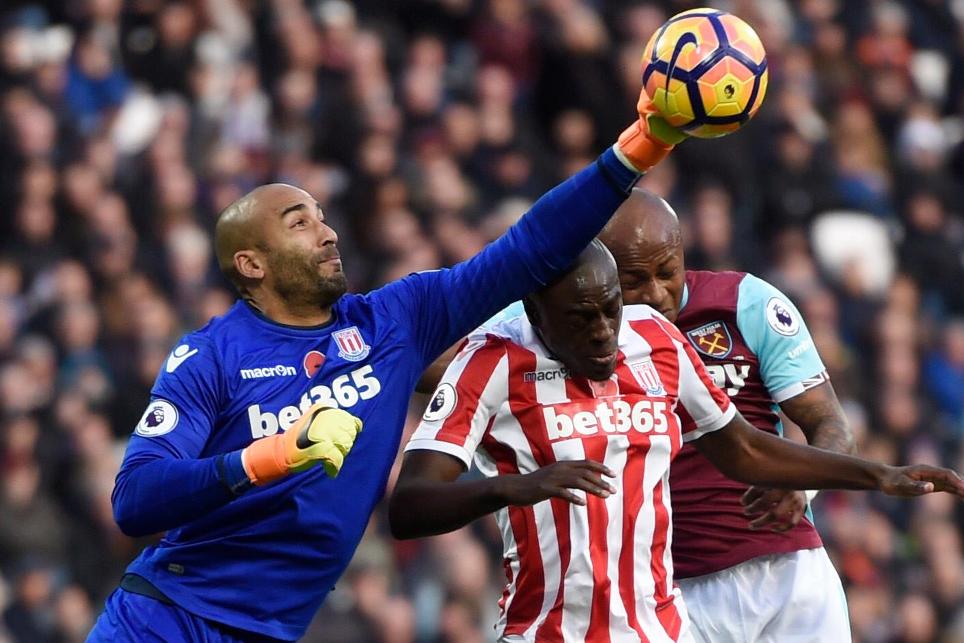 As one of two teams playing twice in Gameweek 27, Fantasy Premier League managers should be scouring the Stoke City ranks for options.

Mark Hughes’ side host Middlesbrough on Saturday before a midweek visit to Manchester City, with Grant offering a reliable source of points.

The visit of Boro appears to provide the shotstopper with his best opportunity for returns, as Stoke look for an eighth clean sheet of the campaign.

The Potters' defence has been particularly resilient in home matches, registering five clean sheets in the previous 10 outings at the bet365 Stadium and conceding only six goals over that spell.

Middlesbrough, meanwhile, have scored only one goal from their last six away matches.

Granted, a clean sheet looks far less likely from their visit to the Etihad Stadium - Manchester City’s ruthless attack have netted 10 goals from their previous two home matches in all competitions.

But the goalkeeper's ability to provide points from saves could still help him profit against Pep Guardiola’s men.

Grant has returned a tally of 14 points from saves this term, producing at least one in 11 of his 21 appearances.

Indeed, since his debut in Gameweek 6, his total of 69 saves is ranked third among FPL goalkeepers, with only Burnley’s Tom Heaton (£5.1m) and West Bromwich Albion’s Ben Foster (£4.7m), with 81 and 74, producing more.

Since stepping in for the injured Jack Butland (£4.5m) back in September, Grant has averaged 4.0 FPL points per match – more than any other regular Stoke starter.

But those eyeing up the 8.8%-owned asset should note that he will be without a fixture in Gameweek 28, as only eight teams are active over that weekend due to the FA Cup quarter-finals.

However, given his price, Grant can be purchased for the "double Gameweek" and then be used as a secondary FPL goalkeeper from that point. The potential for points over his two Gameweek 27 matches certainly justifies the move.