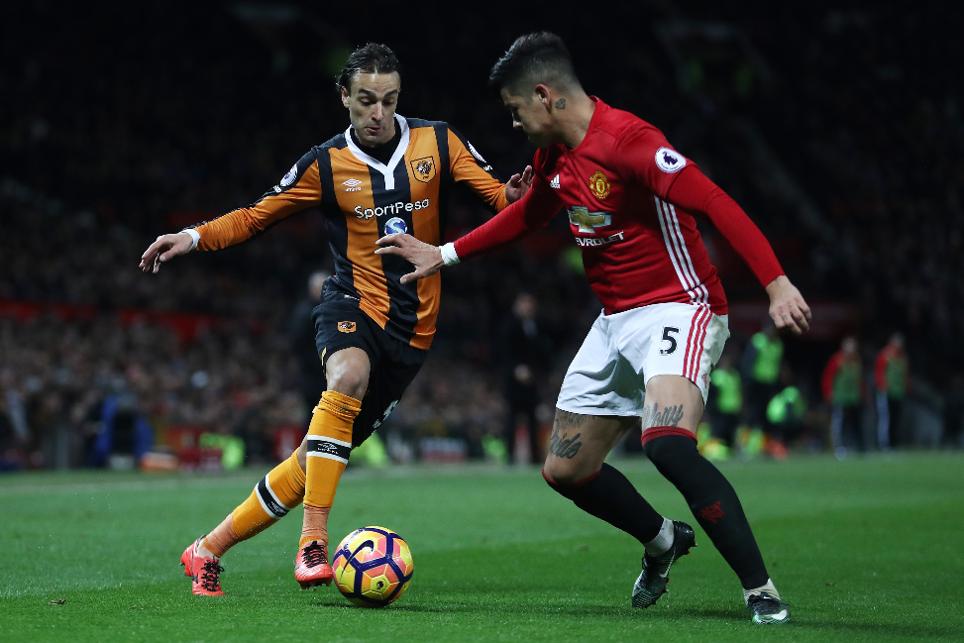 With 75% of side's chances coming from wide areas, Tigers winger is at centre of The Scout's FPL plans

'Harry's Form Has Come As No Surprise' External Link
Davies: The gaffer's banned apple crumble!
Barnes much more than a makeweight in FPL

Markovic and Kamil Grosicki (£5.5m) have allowed Hull to spring rapid counter-attacks, with the wings a key avenue of attack.

In Silva's five Gameweeks in charge, 75% of Hull’s chances have arrived from wide areas – only Southampton (77%) have created more from the flanks.

Furthermore, only five sides have registered more than the Tigers’ 26 completed crosses during that spell.

Although Markovic and Grosicki have both supplied four successful crosses over two appearances, Markovic boasts a 57.1% accuracy to Grosicki’s 36.4%.

Similarly, Grosicki has also yet to register a shot on goal, while Markovic has three to his name and looks primed to carry the threat to Sean Dyche’s Burnley this weekend.

The Clarets arrive for the Gameweek 26 encounter at the KCOM Stadium having conceded 24 goals in 11 away matches, earning a single shutout on their travels.

Hull have won all four home matches across all competitions under Silva, including recent victories against Manchester United and Liverpool.

The upcoming schedule strengthens the case for Markovic, with five of Hull’s next six matches scoring no more than two in the Fixture Difficulty Rankings (FDR).

One of only eight sides with guaranteed fixtures in both Gameweek 26 and 28, Silva’s men host Burnley, Swansea City, West Ham United and Middlesbrough, and travel to Leicester City during that stretch.

Markovic has started and completed 90 minutes in both of the matches for which he has been available, indicating that Silva sees the winger as a key figure.

Found in little more than 6,000 squads, he could announce his arrival with a first points return on Saturday to emerge as a major differential for FPL managers.