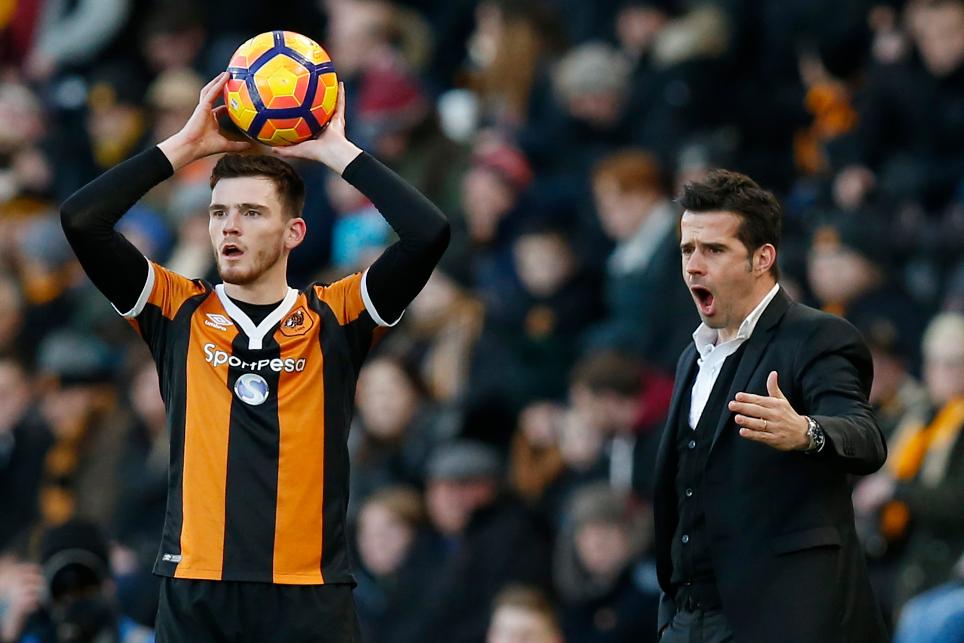 Adrian Clarke looks at the three clubs at the wrong end of the Premier League table who changed their manager this winter, starting with Hull City head coach, Marco Silva.

Hull City fans might have feared the worst when first-team regulars Jake Livermore and Robert Snodgrass were sold last month, but Silva has worked overtime to ensure those departures have not been felt too strongly.

Seven fresh faces were quickly brought in, and after home victories over AFC Bournemouth and Liverpool, a draw at Manchester United and respectable performances in defeat at Chelsea and Arsenal, hope has been revived at the KCOM Stadium.

Silva is a meticulous and demanding head coach and is extracting far greater levels of effort from his players.

In and out of possession the 39-year-old Portuguese expects a high workrate, and this has helped Hull become harder to break down in 2017.

In basic terms, rival sides are finding less time and space than they used to against Hull.

Five of the top seven most "distance covered" displays of Hull's campaign have occurred since Silva took over in early January.

On average Hull players are running 118.2km a match, 7.4km further than under Mike Phelan, a staggering rise.

Highest distances covered by Hull in 2016/17

The structure of the side has also looked more compact and organised.

All season long Hull have tinkered with various systems, but after waiting a couple of weeks for the transition to settle down, Silva appears to have settled on a 4-1-4-1 formation that suits the players at his disposal.

Owing to their new-found work ethic, an athletic midfield unit and a heavy emphasis on retaining a compact defensive shape, it is interesting to note that goalkeeper Eldin Jakupovic, who was promoted to first choice in recent weeks, has only faced 14.4 shots per match under the new regime.

Prior to Silva’s arrival Hull had to contend with an average of 19.1 efforts on goal each match.

Considering how dramatically the starting XI has altered in such a short period of time (see below) and how difficult their fixture list has been in 2017, that is an astonishing improvement.

Silva is also happy to mix and match his tactics, tailoring the approach to suit his opponents.

This was evident in their last two PL matches. At home to a Liverpool side struggling to make their dominance of possession count, they sat back and soaked up pressure in the form of a 27.8% share of the ball, relying on counter-attacks and set-pieces.

But, on their visit to Emirates Stadium last weekend Hull chose to take the match to an Arsenal side who had been showing signs of defensive fragility.

On that occasion they had more possession (50.9%) and caused several scares.

Silva has made an impressive start to his spell at Hull and there is no doubt the club have recruited an intense, studious, and tactically astute head coach.