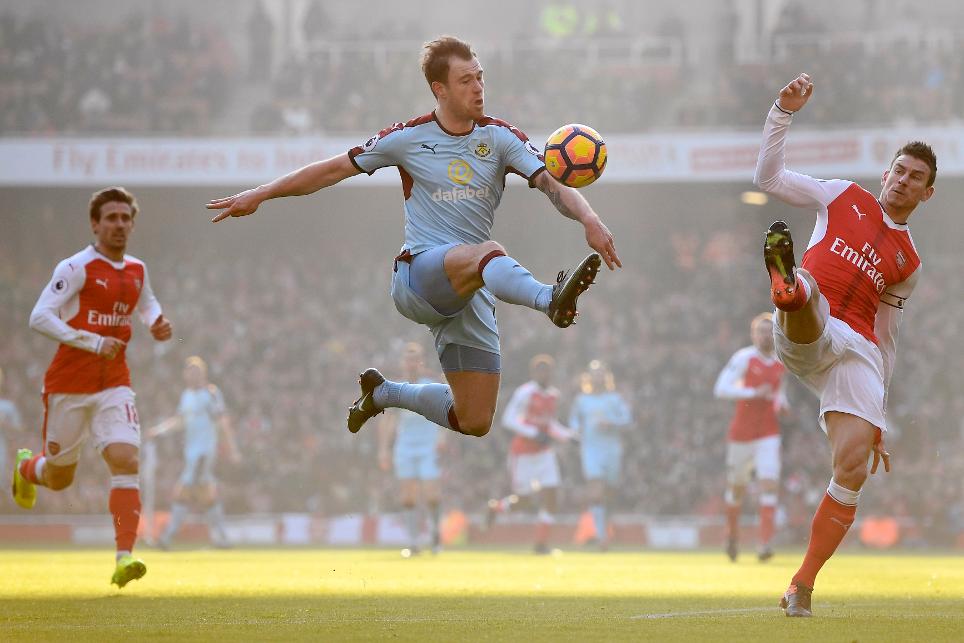 The £4.5m bargain buy has fired more accurate shots than any Fantasy forward since Gameweek 22

Typically, Fantasy Premier League managers look upon budget strikers as makeweights, signings who can free up cash for big spends elsewhere and who are called upon from the bench only in emergencies.

But Burnley’s Ashley Barnes (£4.5m) has the potential to be far more than that.

He may have scored only once over his last four fixtures (a converted penalty against Watford), but Barnes’ tally of 13 shots ranks joint-top along with Zlatan Ibrahimovic (£11.5m) and Christian Benteke (£7.2m) over the last four Gameweeks.

Eight shots inside the box also matches Everton’s in-demand Romelu Lukaku (£9.9m), while Barnes is unrivalled for shots on target.

His six accurate shots are more than any FPL forward from Gameweek 22 onwards.

The Burnley forward finds himself in only 3.3% of squads ahead of a Gameweek 26 trip to Hull City, one of five matches in the next seven to score two in the Fixture Difficulty Rankings (FDR).

Burnley then face Swansea City, Sunderland, Stoke City and Middlesbrough. Only meetings with Liverpool and Tottenham Hotspur provide sterner tests, according to the FDR.

But, crucially for FPL managers, the trip to Anfield is more promising because it takes place in Gameweek 28, when Burnley are one of only eight sides offering a guaranteed fixture.

As we have seen in the case of Stoke City's Peter Crouch (£4.9m) and Sunderland's Victor Anichebe (£4.3m) this season, there is value to be found in the budget-price bracket in attack.

The appeal of that pair has wavered due to uncertainty over pitch-time and absence through injury, but Barnes has no such issues.

Having started the last nine Gameweeks and armed with both form and promising forthcoming fixtures, Barnes demands consideration as a worthy cut-price candidate for FPL managers.