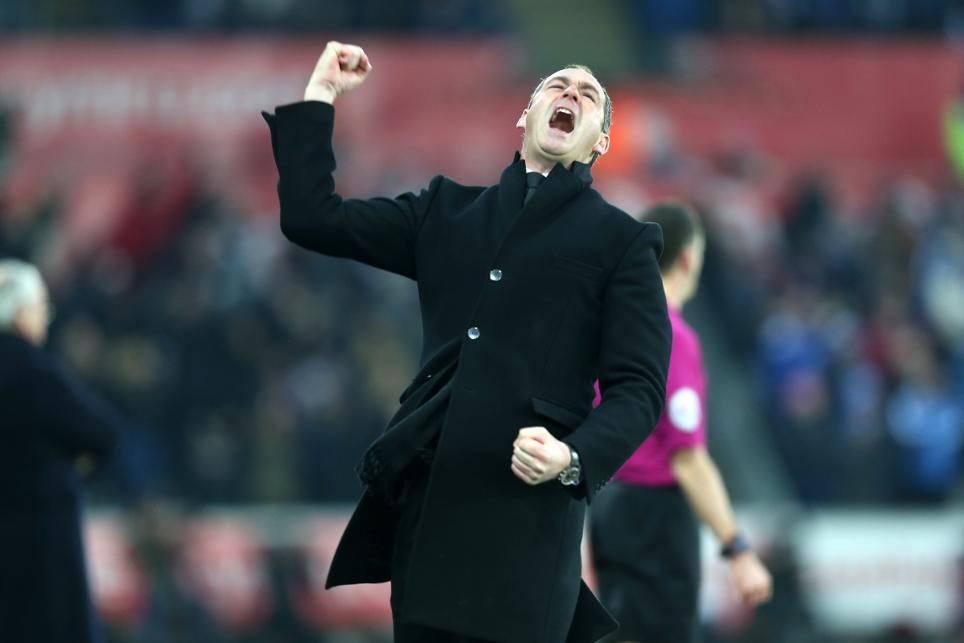 In the final part of Adrian Clarke's look at the three clubs at the wrong end of the Premier League table who changed their manager this winter he analyses the transformation at Swansea City brought by Paul Clement.

Over the course of a difficult 12 months Swansea had started to lose their way. In a matter of weeks Clement has helped them turn a corner.

By implementing a clear structure to the side and adding a sprinkling of new faces, the 45-year-old has transformed a group of players beaten 4-1 and 3-0 at home by West Ham United and AFC Bournemouth, into a resilient-looking outfit.

Once his own signings were ready to play, Clement has since kept a settled side. That has helped to recreate a distinct identity.

The defensive quartet of Kyle Naughton, Federico Fernandez, Alfie Mawson and Martin Olsson have stayed together for four successive matches, along with the midfield trio of Jack Cork, Leroy Fer and Tom Carroll.

Within a straightforward 4-3-3, those balanced units have worked well together. Well drilled, they are significantly harder to break down than under Bob Bradley, Clement's predecessor.

Clear selection continuity has helped individuals grasp a better understanding of their roles.

Clement has made only six changes to his starting XI in five matches. Swansea had made 16 in the previous five before his appointment.

You could argue Gylfi Sigurdsson’s upturn in form (three goals and two assists in four appearances) is a by-product of two excellent January additions: Olsson and Carroll.

Having joined from Tottenham Hotspur, Carroll ikes to play crisp, early passes from midfield into forward players, and the Icelander has benefitted.

Picking the right times to move infield from his place on the left (and receiving passes earlier than previously) Sigurdsson has had 18 efforts on goal in the last five matches.

In his previous five outings that number was 13, without a goal to show for it.

Over the last 180 minutes of PL action, Carroll and Olsson have passed to Sigurdsson more than any other two Swansea players. They look for each other at every opportunity, and the chemistry is building.

We saw this in the build-up to Olsson’s goal against Leicester City last weekend: Carroll and Sigurdsson combined sharply inside, before the flying left-back was released into empty space out wide to run through and score from the angle.

It was a prime example of how these three players nicely complement one another.

Under Clement, performances have been more energised, players have looked more self-assured, and when they are forced to soak up pressure, the improved organisation has helped them to cope.

Despite a tricky fixture list since Clement took over, Swansea are scoring more goals (1.6 per match up from 1.2) and conceding fewer (1.8 from 2.3) with him in the dugout.

After travelling to Chelsea in Matchweek 26, Swansea then face Burnley, Hull , AFC Bournemouth and Middlesbrough in succession.

It means the fast-improving Swans have a great chance to distance themselves from the bottom three in the next few weeks.