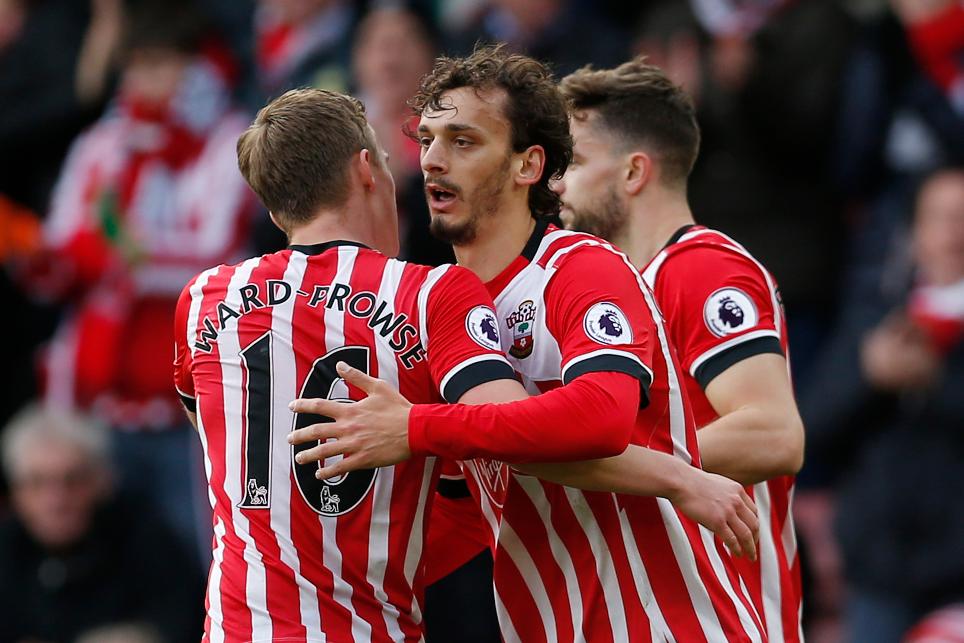 Playing in a team who make more chances than Chelsea, Southampton striker can be key target for GW25

Signed from Serie A side Napoli in January, the striker started in the Gameweek 24 defeat to West Ham United and took only 12 minutes to open his account, blasting into the net from an acute angle.

Gabbiadini fired in six shots from inside West Ham's penalty area, a tally matched only by Crystal Palace’s Christian Benteke (£7.4m) in Gameweek 24.

His goal threat is something Southampton have been crying out for.

Over the last four Gameweeks, Nathan Redmond (£5.8m) is top for them for penalty-area attempts. Redmond's nine efforts in four appearances are only three more than what Gabbiadini achieved in 90 minutes.

Dropped to the bench for the Italian, Redmond has recently struggled for end-product.

Converted from a winger he is without a goal since Gameweek 9. His 4.8% owners have been rewarded with just one assist since.

That leaves Charlie Austin (£6.4m), with six goals, as Southampton's top scorer, despite being out with a shoulder injury since Gameweek 14.

Claude Puel will hope Gabbiadini can revive a stalling attack that has a modest 24 goals this season. Only Hull City (19) and Middlesbrough (15) have scored fewer.

Southampton are without a fixture in Gameweek 26 due to their EFL Cup final against Manchester United, but, for Gameweek 25, Gabbiadini can maintain his promising start when he visits Sunderland.

Acquired by 14,000+ FPL managers, the forward faces a Sunderland defence who are the third-worst in Premier League home matches, with 20 goals conceded.

Southampton have created more chances than Chelsea this season (266 to 259) and Gabbiadini can reward their promising approach play.

His impact at the Stadium of Light should be of keen interest to FPL managers.