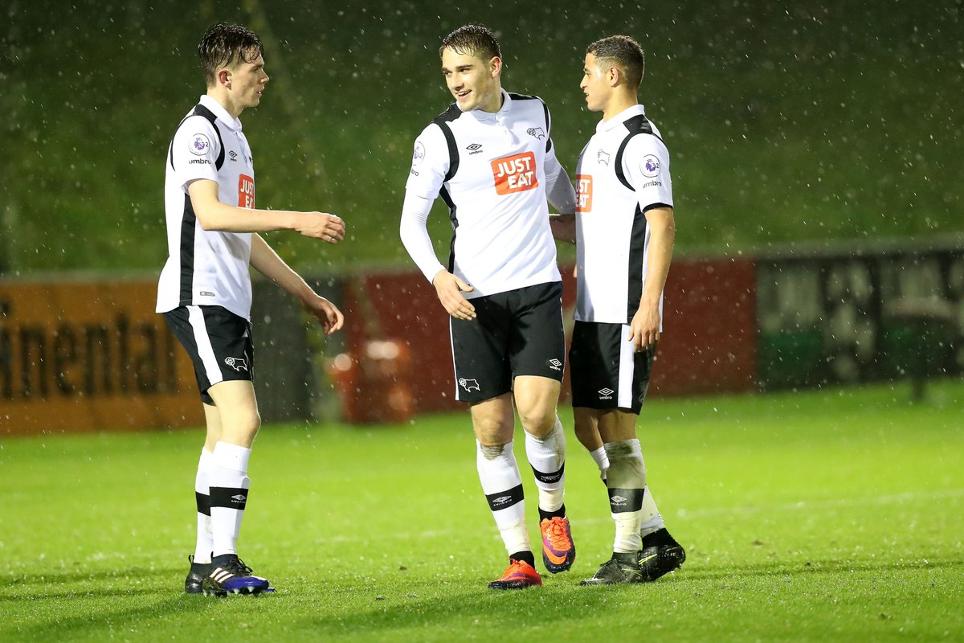 Callum Gribbin put Man Utd ahead early on, but Alex Babos and Elsnik gave the Rams the advantage at the break before Elsnik (with his second), Kellan Gordon and Emil Riis Jakobsen scored in a five-minute spell to put the match beyond reach at 5-1.

Derby, unbeaten in five matches across all competitions, moved off the bottom at the expense of Leicester City, who lost 2-0 to Southampton.

REPORT: Read our account after #DCFCU23s delivered a five-star performance in their huge win over @ManUtd: https://t.co/4qisC84Vkl 📝 pic.twitter.com/jtLROyGI9n

Derby’s next match is away to Hull City at Grange Lane in the Premier League Cup next Monday, while United do not play again until Sunday 19 February, when they host Reading in PL2 at Leigh Sports Village.