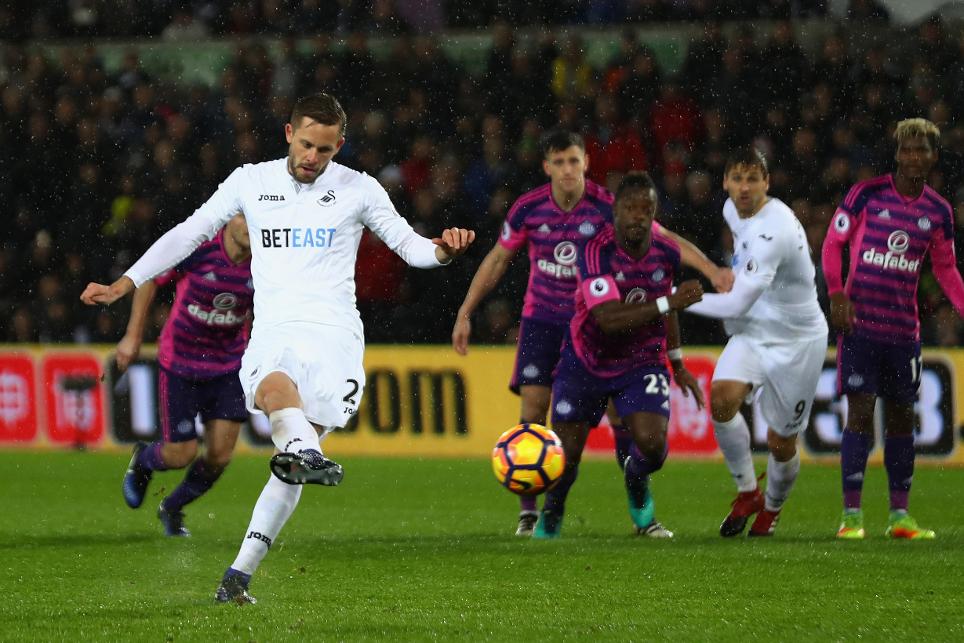 After no returns in Bob Bradley’s final four matches in charge of Swansea, the Icelander scored and assisted in the next three Gameweeks, helping the Welsh side to precious victories at Crystal Palace and Liverpool.

Since Bradley’s exit Sigurdsson has had more goal attempts (five) and more goalscoring opportunities (six) than any Swansea player.

Yet the scoring exploits of Fernando Llorente (£6.1m) have overshadowed Sigurdsson’s recent displays.

More than 46,000 FPL managers have drafted in Llorente after his brace in the 3-2 win at Anfield, triple the number of new owners for Sigurdsson.

Encouragingly for new Swansea manager Paul Clement, the midfielder’s underlying numbers indicate he can step up on last season's goal and assist output, when he returned a career-high 158 FPL points.

A key source of creativity for Swansea, he has also advanced in this area, with 2.0 chances created per match this season, an improvement on 1.6 from the previous campaign. That has  helped his ICT Index scores rise from 7.2 to 8.5.

The upturn in goal threat is impressive when compared with FPL rivals in midfield. Sigurdsson's 29 shots on target is bettered only by Arsenal’s Alexis Sanchez (£11.9m), with 33.

A dead-ball specialist, Sigurdsson takes charge on penalties and direct free-kicks. That’s another factor that could reap rewards for a run in which Southampton, Leicester City, Burnley and Middlesbrough are the next four teams to visit the Liberty Stadium by Gameweek 30.

With trips to Hull City and AFC Bournemouth also scheduled over that period, Sigurdsson, who has a mere 5.3% ownership, could prove a profitable FPL differential as a pivotal figure in Swansea’s bid for safety.