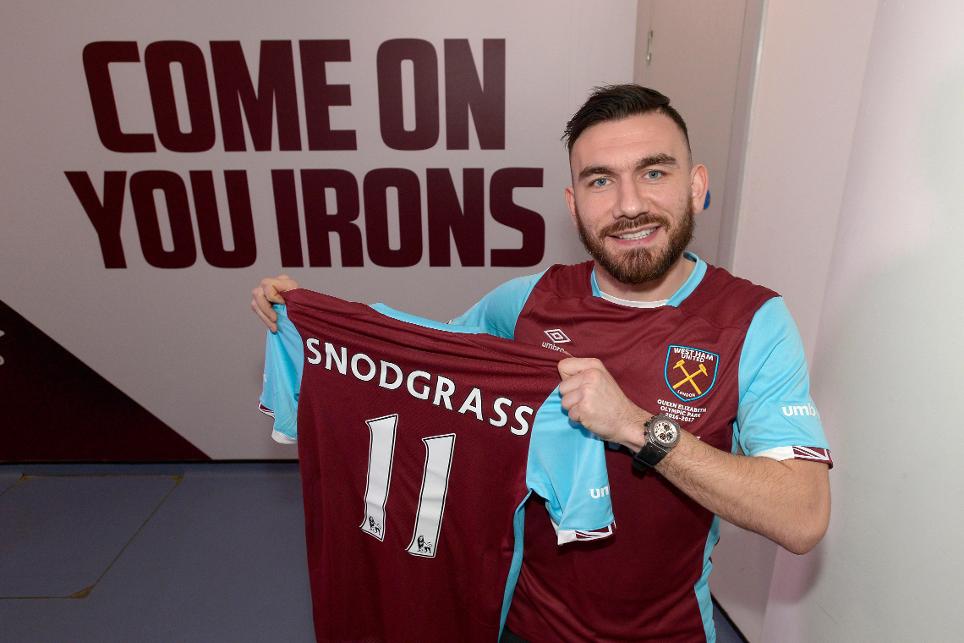 West Ham United have announced the signing of Robert Snodgrass from Hull City for £10.2million.

The Scotland international, who has made 88 Premier League appearances for Hull City and Norwich City, has agreed a three-and-a-half-year deal to become Slaven Bilic’s second transfer this month, after Jose Fonte.The 29-year-old playmaker scored six goals in the Premier League with Norwich, before moving to Hull.

A dislocated kneecap on his league debut for the Tigers kept him out of the entire 2014/15 campaign, which ended in relegation, but he helped them return to the top flight and this season has produced a string of fine performances and seven goals in 20 appearances.

Snodgrass, who has 21 caps for his country, could make his debut for the Hammers at home to Manchester City on 1 February.