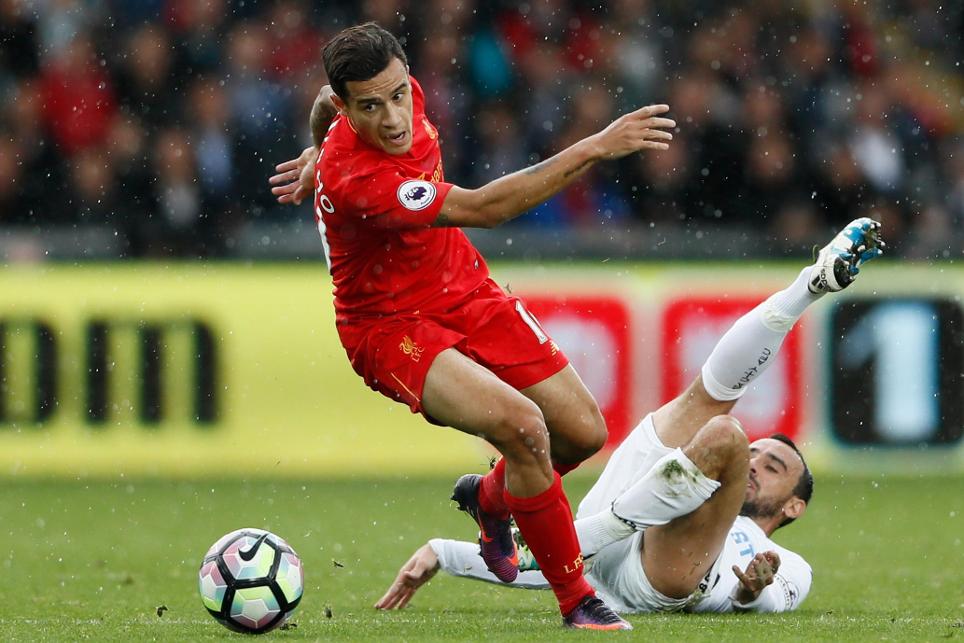 After stepping up his recovery from an ankle problem, Philippe Coutinho (£8.3m) could be unleashed on Gameweek 22 opponents Swansea City at Anfield to renew his potential as a Fantasy Premier League asset.

The Brazilian emerged from the bench at Manchester United on Sunday, his first Premier League appearance since limping off against Sunderland in Gameweek 13.

That 30-minute appearance at Old Trafford was noticed by FPL managers as Coutinho has earned more than 58,000 new owners this Gameweek, more than any other midfielder.

Over the first 12 rounds of fixtures, Coutinho proved one of the most popular selections, soaring from an initial price of £8.0m to £8.8m after 77 points at an average of 6.4 per match, with double-digit returns in three of his last four home appearances before injury.

But he has been more clinical this term, netting 10% of goalscoring opportunities.

Coutinho has been Liverpool's chief architect, supplying 2.4 chances per appearance, up from 2015/16.

Jurgen Klopp’s side are second only to Chelsea for goals at home this season (26 to 28), despite playing a match fewer.

For frequency of attempts at home, only Tottenham Hotspur (4.6) better Liverpool's average of an effort every 4.8 minutes.

Liverpool will face a Swansea side who have allowed opponents the most "big chances" (30) in away outings.

Paul Clement's side have just one clean away sheet all season, conceding 18 in the last six Gameweeks.

Coutinho has scored or assisted 38.5% of Liverpool's goals when on the pitch this term, the highest goal involvement of the team, with Adam Lallana (£7.7m) next best on 36.8%.

With a Gameweek 25 home encounter against Chelsea then a trip to Hull City, the Brazilian’s return seems good news for Klopp and FPL managers alike.