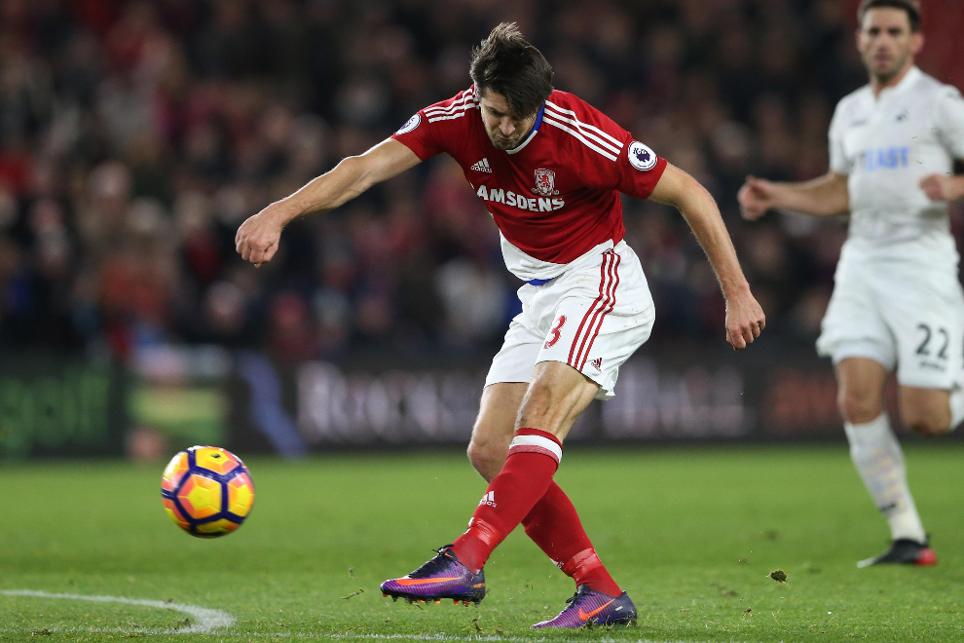 A switch to a three-man backline enhances the FPL prospects of two Middlesbrough defenders, says The Scout

During their Gameweek 21 trip to Watford Middlesbrough became the latest side to adopt a three-man defence in the Premier League this season, potentially promoting new options for Fantasy Premier League managers.

Already renowned for their defensive resilience, head coach Aitor Karanka added further security to his Boro backline for the visit to Vicarage Road, which produced a clean sheet.

This latest shift to a 3-1-4-2 set-up could prove fruitful for FPL managers.

Bernardo arrives as the cheapest route into a Middlesbrough defence to provide strong FPL value to this point.

Similarly, Chelsea and Spurs, along with Manchester United, are the only three sides to concede fewer goals than Boro's total of 22 in 2016/17.

It is Fabio and Friend in the wing-back roles who may attract the major FPL attention, though.

The latter has always offered potential as an FPL asset, with his frequent raids down the left identified as a source of potential points to sit alongside clean sheets.

But, having been sidelined by injury in November, the form of Fabio as a stand-in at left-back provided Karanka with a selection headache and casted doubt over Friend's starting role.

A further injury to regular right-back Antonio Barragan (£4.6m) may have resolved the situation.

With Barragan sidelined, Karanka has moved Fabio to the right and utilised his energetic forays forward by switching to a wing-back system, leaving Friend to operate down the opposite flank.

The underlying statistics perhaps highlight the thinking behind this tactical switch: since Friend's return to the teamsheet in Barragan's absence in Gameweek 19, Boro have relied heavily on their full-backs to provide width.

Friend and Fabio have had more touches in the attacking third than any other Boro player since Gameweek 19, and only winger Adama Traore (£4.8m) has received more passes in that area.

Similarly, either as full-backs or wing-backs, Friend and Fabio have supplied 10 and 13 open-play crosses respectively. Again, only Traore can compare, providing 12 over the same three Gameweek spell.

For FPL managers, this means the prospects offered by both Friend and Fabio are strengthened by this latest tactical shift.

With the potential for clean sheets in home fixtures with West Ham United and West Bromwich Albion over the next two Gameweeks, the pair could be in line for significant short-term returns.