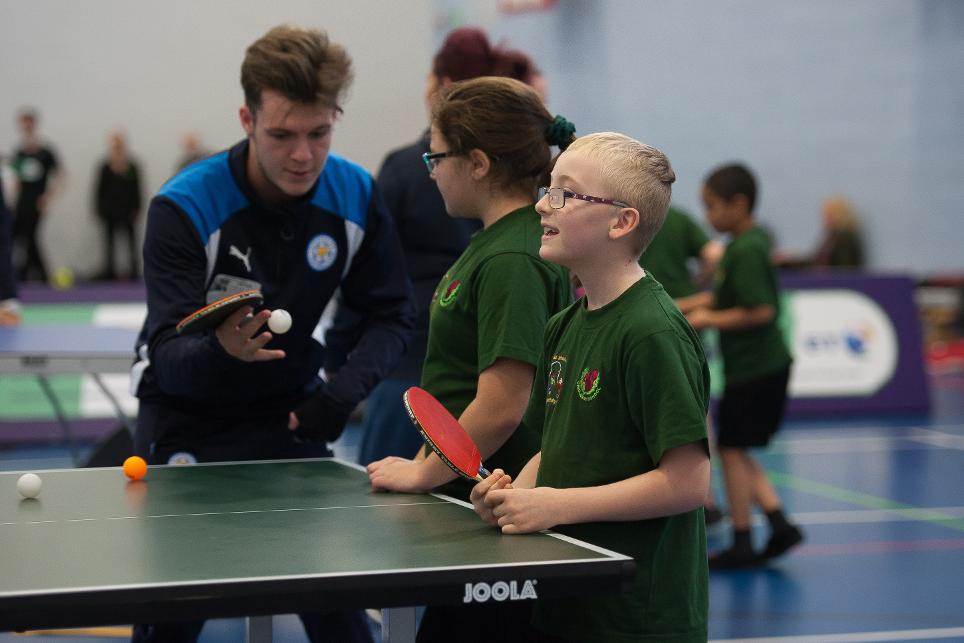 What working with Leicester's Community Trust means to one disability coach

Patrick, a season-ticket holder at the King Power Stadium, has cerebral palsy and is being trained as a coach after being involved in a variety of projects with the Trust.

And Dickov visited the Ellesmere College sports hall to meet Patrick as he led a table tennis session run by the LCFC Community Trust, which encourages both children and older students with disabilities to get involved in sport.

Patrick, who won table tennis gold for Great Britain at the 2011 Special Olympics, said: "It's ridiculous how proud I am of my achievements - not just as a table tennis player - but as a coach that I now get to work with Leicester City."

The cameras were there to film Patrick's story as he described the impact that working with the Trust has had on his own development and career progression.

"What an unbelievable kid he is," said Dickov. "For him to coaching and mentoring these kids, showing them a way forward and being an inspiration for them - it'll be fantastic to see them going on and copying Patrick."

The film is the latest to highlight the work of the Premier League/BT Sport Disability Sport Programme, which creates possibilities for disabled people through sport, helping to remove the barriers that mean that at present disabled people are half as likely to participate in sport as non-disabled people.