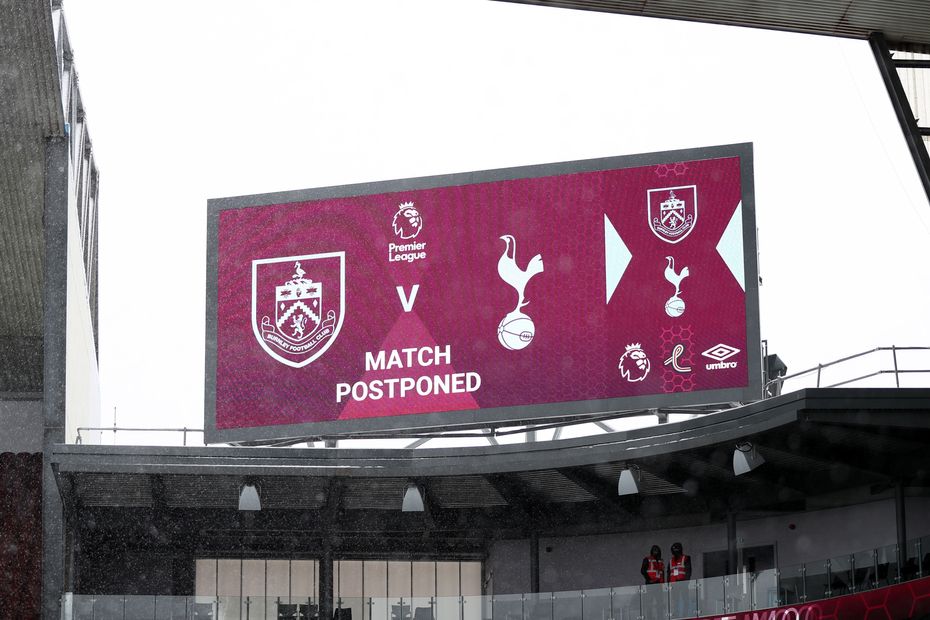 Postponements of Premier League fixtures because of the weather have been rare of late.

If the weather does pose a risk, clubs are reminded of the procedures they must follow regarding contact with the match referees and the early inspection of pitches.

It is the match official, and not the home club, who is responsible for deciding the play-worthiness of a pitch.

So what precautions does a referee take to try to ensure a match goes ahead?

"There are two main considerations to make when conducting a pitch inspection: player safety and the match as a spectacle," he says.

"A referee has to consider whether the playing conditions threaten the wellbeing of the players and whether they compromise the match as a spectacle for the fans."

Whenever there is the slightest indication of a match being adversely affected by the weather, clubs are advised to contact the match referee at least 48 hours before kick-off to warn of the potential for poor conditions.

In the Premier League an inspection will take place early on a matchday to try to avoid wasted journeys for supporters.

"The first thing a referee does is speak to the groundsman," Riley says.

"He is the person best placed to understand exactly how his pitch behaves under certain conditions and the likelihood of a pitch deteriorating or otherwise.

"Then you conduct a pitch inspection, preferably in your match boots and with a match ball, and conduct as thorough an examination as possible on every area of the playing surface to try and ensure it is behaving as it should.

"If there is any room for doubt, such as the playing surface being frozen, for example, you find out from the groundsman whether there is anything he can do to solve the problem."

Unfortunately you can't always correctly predict what the weather or the temperature will be like an hour before kick-off, let alone six or seven, and a match might be abandoned in mid-flow.

"On one occasion in April we were out on the pitch in shirtsleeves at 2pm and by ten past three we were in the midst of a snow blizzard," Riley says.

"The players couldn’t see their team-mates and one player collided with an opponent.

"In that instance I had no option but to abandon on two counts: a) I could neither guarantee the safety of the players nor b) guarantee the match as a spectacle because the supporters couldn't see what was going on."

If there is any concern about the ability to play the match the referee will discuss this with the Match Manager, who will liaise directly with the Premier League Match Centre.

This enables the team at the Match Centre to inform fans as quickly as possible via the League's digital channels and announcements by major broadcasters.

The decision to postpone a match is sometimes out of a referee's hands completely.

Often it comes from the ground's Safety Officer, who may have concerns about guaranteeing the safety of supporters inside the ground, or from the Safety Advisory Group, who may deem the conditions around or near to the ground to be dangerous upon the advice of the police.

In every instance, the decision to postpone a match is never one that is taken lightly and it is only ever reached as a last resort.