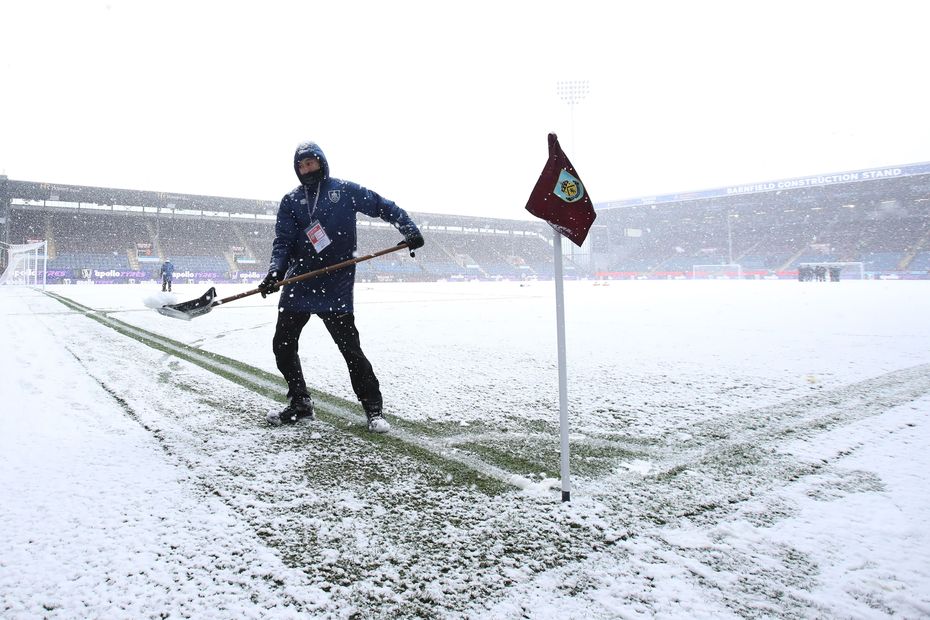 Sunday's Premier League match between Burnley and Tottenham Hotspur at Turf Moor has been postponed due to poor weather.

A Burnley statement said: "Due to concerns with the playing surface and surrounding areas, it's been deemed that the game can't go ahead safely."

Referee Peter Bankes explained: “The thickness of the snow had gathered when we did our checks with the goalline.

"What we then decided to do was ask the club officials to sweep the snow. They worked as hard as they possibly could, but within about 10 minutes of clearing, the snow was back on the field.

"We’ve done the ball roll, we’ve done everything we can. There was a lot of snow gathering on the football, and I think the best thing to do was to call the game off and we did that one hour before [kick-off], having spoken to both managers.

"The safety’s obviously the primary focus for us. There’s also the element of farce. There was going to be an opportunity to stop the game every 15 minutes, which wouldn’t have been good for the spectacle.”

A future date for the fixture will be provided in due course.