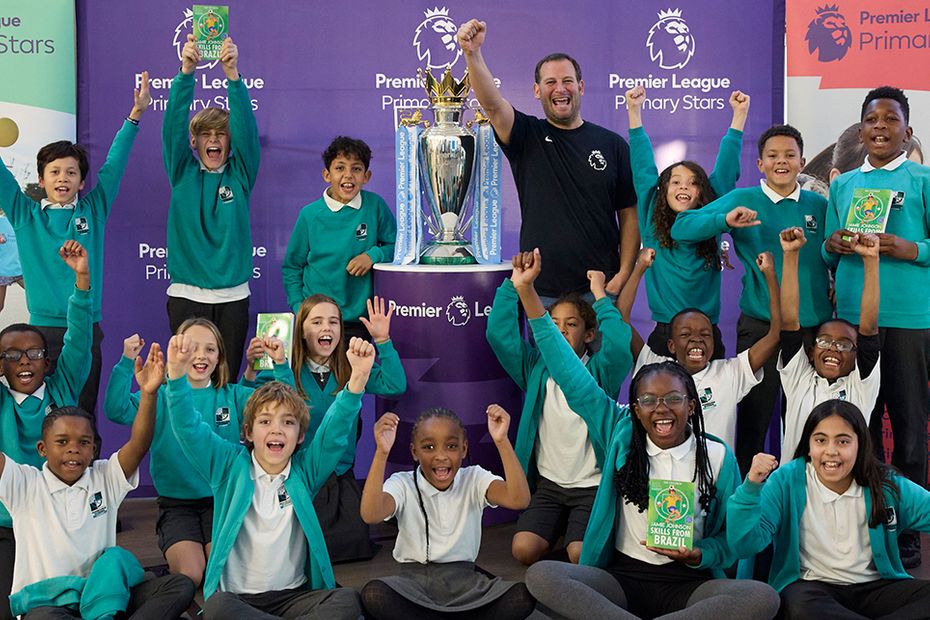 The event involved pupils taking part in a full day of PL Primary Stars activity beginning with a morning of literacy sessions, where youngsters were encouraged to 'create a character', before Freedman, the author of the Jamie Johnson series of children's books, led an assembly for more than 200 Year 4, 5 and 6 pupils.

West Ham United Foundation has been running weekly PE and extra-curricular sessions at Mossbourne over the past two years.

"One of the elements of Premier League Primary Stars that's really magical is the amount of books the scheme has put into children's hands."

This is part of more than 35 initiatives they deliver in communities across Essex and the East London boroughs of Newham, Tower Hamlets, Redbridge, Barking and Dagenham.

Freedman said: "We talked about all different things... the kindest footballers that I've ever met, how long it took to write a book and talking about where the character of Jamie Johnson came from and how a lot of that was to do with football being how I got to know my dad."

PL Primary Stars launched in 2017 and is available to every primary school in England and Wales.

Delivered by 105 clubs, it uses the appeal of the Premier League and professional football teams to support pupils in the classroom, the playground and on the sports field.

"One of the elements of Premier League Primary Stars that's really magical is the amount of books the scheme has put into children's hands," added Freedman. "I know from visiting lots of schools that some kids have never owned their own book.

"So, the fact that PL Primary Stars has given nearly a quarter of a million free books to primary school pupils - it's not just brilliant - it's crucially important too. Those books will kickstart the kids' reading journeys and potentially change their lives.

"PL Primary Stars is vital to young people. It is mind blowing to imagine every day the amount of work that is going on through clubs.

"[The programme] is what I needed when I was at school. The excitement and the way it connects is life-changing and there’s something at the heart of it about empathy, in the resources, the way the sessions are conducted and how staff champion the kids."

The Jamie Johnson series of books is celebrating its 15-year anniversary and it was fitting that Freedman took part in a West Ham school session given that the Jamie Johnson Skills from Brazil title was inspired by St Edward's School in Upton Park and a football match between pupils and teachers.

"You should have heard the cheer when we said that thanks to PL Primary Stars every single young person was getting a copy of Skills from Brazil to keep forever," Freedman said.

"Those kids are going to go home and with any luck they'll remember this day for the rest of their lives."