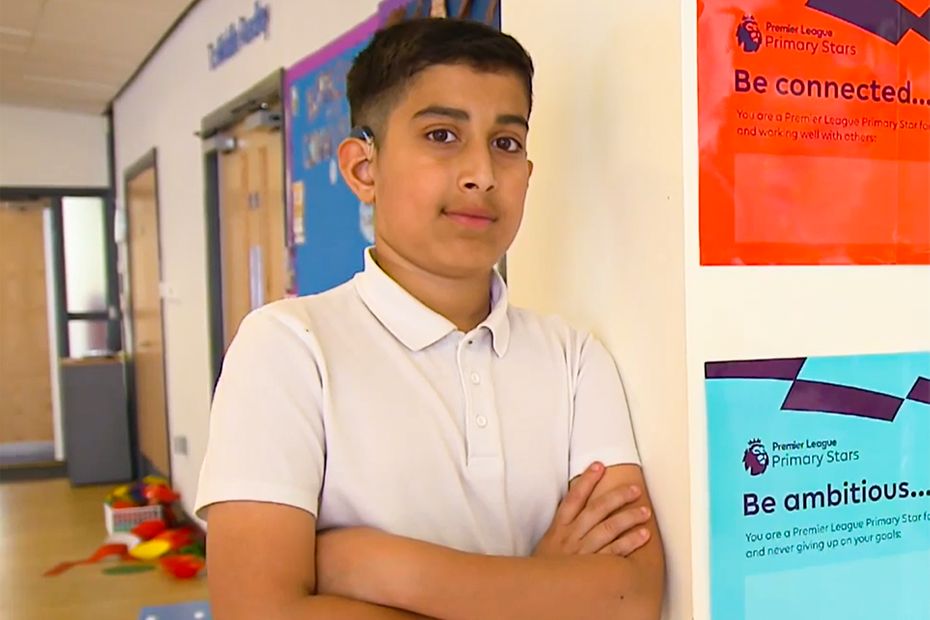 As part of the Premier League celebrating five years of Premier League Primary Stars, clubs running the school programme have nominated a "Superstar" - a young person or teacher who has inspired others through their dedication to the scheme, enthusiasm and own personal development.

Premier League Primary Stars has allowed Faizan, a schoolchild in Burnley, to overcome a hearing impairment and so connect with his peers and become more independent.

"Twelve months ago I wasn't a leader or a Sports Ambassador or anything like that," says Faizan, a student at Reedley Primary. "I never had the confidence. I was more likely to be nervous."

But working on a weekly basis for the past 15 months with Josh Wall, a sports and education coach at Burnley FC in the Community (BFCitC), using the Premier League Primary Stars programme, has changed that.

Faizan's nervousness has been replaced by self-assurance and he supports others at school breaks, volunteering to help teach PE to the younger children at the school.

"With his role as a sports ambassador, it's been fantastic," says Faizan's class teacher, Saniah Ali. "He's able to communicate with different people across the school.

"He's confident in leading activities and he's become a lot more independent, just willing to share his learning with his peers. It's brilliant for him."

This is the fifth year in which BFCitC has been involved in Premier League Primary Stars, which works with 105 professional football clubs from across the leagues, running sessions in local schools.

It's not just Faizan at the school who has benefited from the programme and Burnley's delivery of it.

"Being in four days a week, I'm able to not just go and teach a sports session, but also help in other ways," Wall says.

The resources, which are free, have been developed for teachers by teachers, and in collaboration with experts such as the National Literacy Trust and the PSHE Association.