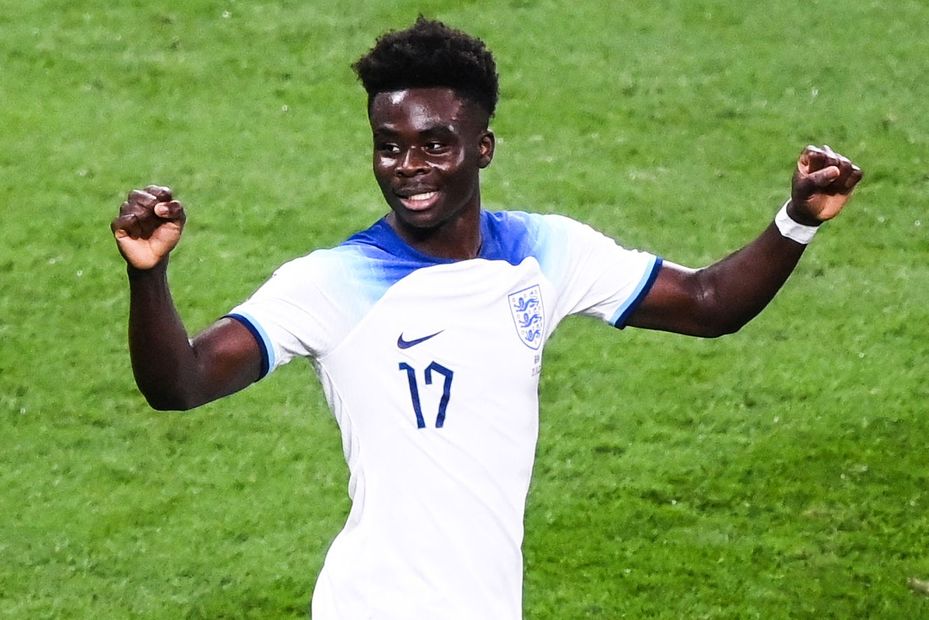 Saka reminded Fantasy managers of his goal threat by scoring twice in England’s 6-2 win over Iran on Monday.

The Arsenal winger has failed to match the value offered by less expensive team-mates Martin Odegaard (£6.4m) and Gabriel Martinelli (£6.8m) in Fantasy this season.

Although Saka sits only six points off third place in the midfielder standings, both Odegaard and Martinelli have 77 points, one more than Saka, at a cheaper price point.

How many of the Gunners' midfielders have you owned this season? pic.twitter.com/AF7I3Ih8sL

Nonetheless, it is Saka who leads the way for shots in the box among the midfield trio in 2022/23. His total of 22 edges out Martinelli and Odegaard, with 21 and 16 respectively.

Saka’s 29 key passes is a team-leading total, suggesting he can be worth the extra outlay as the best route into the Arsenal attack when the Premier League returns.

Harry Kane (£11.6m) and Raheem Sterling (£9.7m) were also involved in two goals each for England.

Tottenham Hotspur’s Kane delivered two assists, highlighting the all-round style of play that has helped him to second place in the Fantasy player standings.

Indeed, his potential for goals and assists have earned him 21 bonus points in 2022/23 Fantasy, more than any other player.

Sterling’s goal and assist hint at an improvement in form ahead of Chelsea’s kind schedule, once league action returns in Gameweek 17.

Three of Chelsea's next four matches score only two in the Fixture Difficulty Ratings (FDR), marking Sterling out as a big differential with just over four per cent ownership.

Rashford scored as a substitute for England, while left-back Shaw assisted the opener.

Seven of Man Utd’s first nine matches after the season resumes score only two in the FDR, lifting the appeal of investing in their key players at both ends of the pitch.

Arsenal’s William Saliba (£5.3m) is the most popular Fantasy pick among the players involved in Tuesday’s four matches.

Found in over 35 per cent of squads, the France centre-back is the second highest-scoring defender, on 74 points.

The playmaker amassed 23 points in his final three appearances prior to the season break, thanks to one goal, two assists and five bonus points.