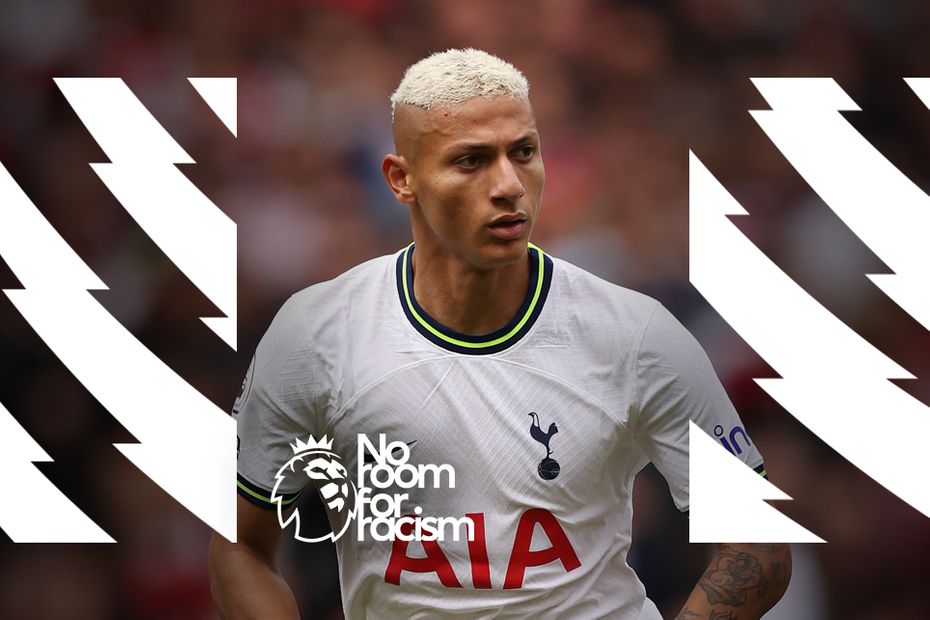 Bamford: Teaching young about diversity will work in long term
Brentford and League condemn racist abuse of Toney
Vieira: Football shows how people can come together

After Richarlison was the target of racial abuse while playing for Brazil in a friendly against Tunisia in Paris, the Tottenham Hotspur winger received many messages of support from fans across the world.

One came from a compatriot Vinicius, a 25-year-old Spurs fan who highlighted to his idol his own experiences of racism in Salvador.

"I've been scared of suffering what you've suffered," Vinicius wrote. "The thought of racism kept me up at night and, for much of my childhood.

"Don't be shaken up by what's happened. Like the song says, 'Keep your head up and have faith. Better days will come.' "

As part of the Premier League's No Room For Racism initiative, Richarlison has spoken out about that night last month in the Parc des Princes and how the letter from Vinicius had an impact on him.

"Afterwards, seeing the comments, the fans sending their support and strength, that made us strong," Richarlison says. "Vinicius, I want to thank you for that letter.

"I hope you carry on strong and never give up. You can do everything you want to, because you're free."

It was not the first time Richarlison has suffered racist abuse and he has called for severe punishments for those who take part in discriminatory behaviour.

"We live in a difficult time but I'm still dreaming of the day when racism ends," he said. "People saw what happened in that game. This type of thing needs to be punished so that other people don't do the same."

Richarlison also talks about how he has not forgotten his humble background and is keen to help others less fortunate.

"I wasn’t born in a golden cradle so, now I'm in a better place, I try to help as much as possible, mainly people in Brazil,"

He gives up 10 per cent of his salary to help fund a support house in Barretos, Sao Paulo state, that helps cancer patients from a local hospital.

It gives free accommodation and food to those who arrive for treatment but cannot afford sustenance.