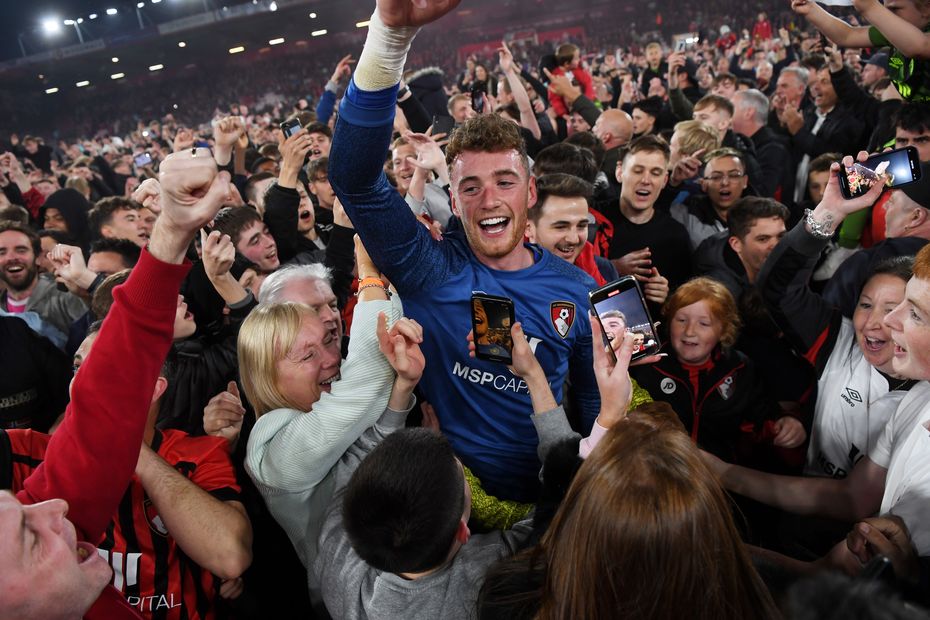 AFC Bournemouth have been promoted back to the Premier League for the 2022/23 season, securing automatic promotion after a two-year absence.

Scott Parker's side secured their top-flight place on Tuesday with Kieffer Moore's late goal securing a 1-0 home win over third-placed Nottingham Forest, who will now seek promotion themselves through the Championship playoffs.

They missed out on an immediate return last season, but Parker was appointed head coach last summer and has taken the club back up in his first season in charge.

The Cherries were unbeaten in their first 15 league matches, and over the course of the campaign they have suffered fewer defeats than Championship winners Fulham.

Dominic Solanke has played a key role, with the former Liverpool striker featuring in every league match this season and scoring 29 goals, adding seven assists.

Nathaniel Phillips has also excelled during his time on loan from the Reds, whilst former Chelsea captain Gary Cahill also played his part having featured 22 times this season.

Who will complete the group?

With the two automatic promotion places sealed, the remaining promotion hopefuls will battle through the Championship playoffs to take the third and final spot in the Premier League.

Nottingham Forest and Huddersfield Town are guaranteed to finish in the top six and take place in the end-of-season competition.

Sheffield United and Luton Town occupy the fifth and sixth places, but could be overtaken by Middlesbrough and Millwall on the final day, this Saturday.

The playoff final will be held at Wembley Stadium on Sunday 29 May.

Bournemouth's players and fans will be eagerly waiting for the release of the 2022/23 Premier League fixtures on Thursday 16 June ahead of the opening weekend of the campaign, on 6 August.