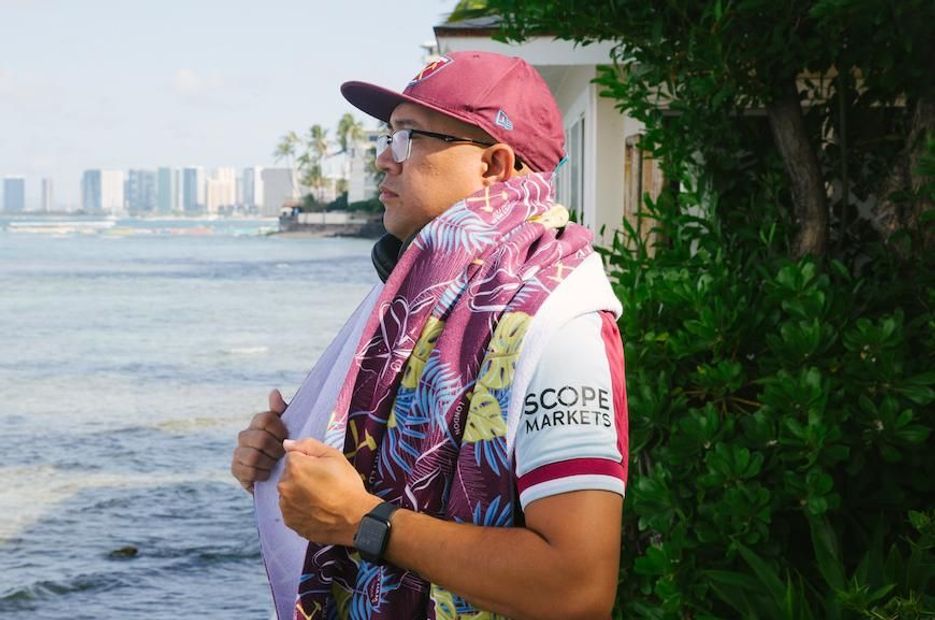 Meet Stan, a student and musical artist from Honolulu, Hawaii who’s love of West Ham United influences every area of his life.

“I became a West Ham supporter after a trip to London in 2011, around the same time I started making music. On that trip, I was invited to a match at Upton Park. I took in the atmosphere, the supporters, the whole experience. You could feel the history in every moment.

“It reminded me of Honolulu so much. The work ethic. The welcoming environment. It was instantly home. Well, home away from home!

“Music and West Ham are the two things that truly have an impact on how I feel, my emotions, my thoughts. I’m studying audio engineering and music business right now, and so much of what I create as a producer and beat maker has been on an upward trajectory – just like West Ham.

“My music and fandom are so intertwined, the profile picture on my Spotify artist page is actually me wearing a West Ham shirt. I’ve made songs that are 100 per cent about West Ham, and I listen to them to get hyped for matches.

“It can be super tricky loving the Premier League from Hawaii We are 11 hours behind London, so a 3pm kick-off for West Ham is actually 2am here. Sometimes I have to decide if I should just stay up all night to watch or take a little nap in between classes or something!

"I have a group of friends that keep each other involved and stay up together texting during every game – if one of us misses a match, we all get onto them.

"It’s an almost 16 or 17 hour flight, but if you love your club you just have to do it. Nothing beats being there live."

“It’s such a passion for me, I have a few tattoos on my arms that illustrate my connection. I have a hammer on each forearm, so when I put my arms up you can see the West Ham crest. Another one has a Bible scripture, so it has a dual meaning for me between faith and my team. It’s Proverbs 27:17 – the verse that says ‘As iron sharpens iron, so one man sharpens another.’

“It's the love of the club. No matter what. We’ve got to stay connected – and for me, that’s through friendships, music, and work ethic.

“I’ve been to London for games twice, including over the Christmas holidays this season. It’s an almost 16 or 17 hour flight, but if you love your club you just have to do it. Nothing beats being there live.

"I always try to make a special playlist and some new songs when I travel that far, and then I end up making a song or two after the game – win or lose – to capture the emotion.