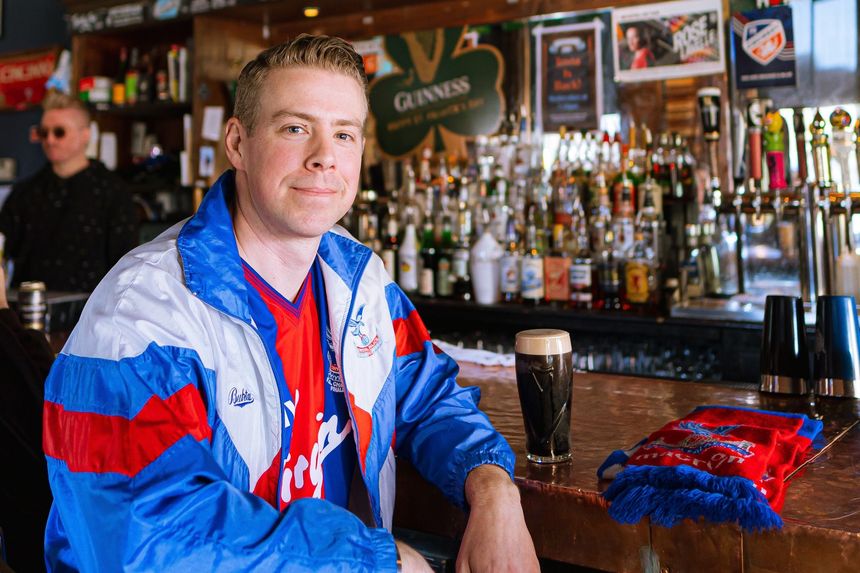 Meet Trey, a new dad in Cincinnati, who is a Crystal Palace fan creating memories with his son.

"I was introduced to the Premier League at a young age in Tennessee because my neighbors were big Chelsea fans.

"I never picked a team but enjoyed following along. I then went to college at LSU and got commissioned into the army where I flew Blackhawks. I spent some time in New Orleans and some time overseas.

"While in New Orleans, I’d bike to this bar that’d show Premier League games in the morning. As the weeks went on I kept finding myself drifting over to the corner of the pub where they’d watch Palace.

"It became very obvious that something about Palace reached out and kind of grabbed me. Eventually, I just embraced it and kind of called it what it was. Palace picked me.

"You can feel the energy and noise come through the commentary as you watch on TV."

"I really resonate with the fans in Selhurst Park. You can feel the energy and noise come through the commentary as you watch on TV. That stood out to me as something that I knew as a kid growing up in the south with college football.

"So while I’m not going to the bar as much anymore, I have a hilarious bundle of joy to watch the games with now.

"My wife actually bought this obscure 2008 infant Palace kit when she was pregnant. This was before we even knew we were having a boy or a girl. Just like on a whim.

"Fast forward three years, we have a boy and the kit finally fits him. And it is hilarious.

"We’ve got it hung up on a wall in his room, with a Palace scarf and he’ll pretty routinely walk over and just point at it. So when we go for walks around Cincinnati with him walking in a pair of baby Palace shorts, it’s honestly really cute.

"He’s obviously a big part of the weekend plans, so I can’t say I get to the pub a whole lot anymore to watch matches, but we make it a thing we do with him at the house instead.

"Since he was a little baby, barely even able to sit up, we've had him in front of the Premier League. All I can say is I can’t wait for many more #MyPLMornings with him."