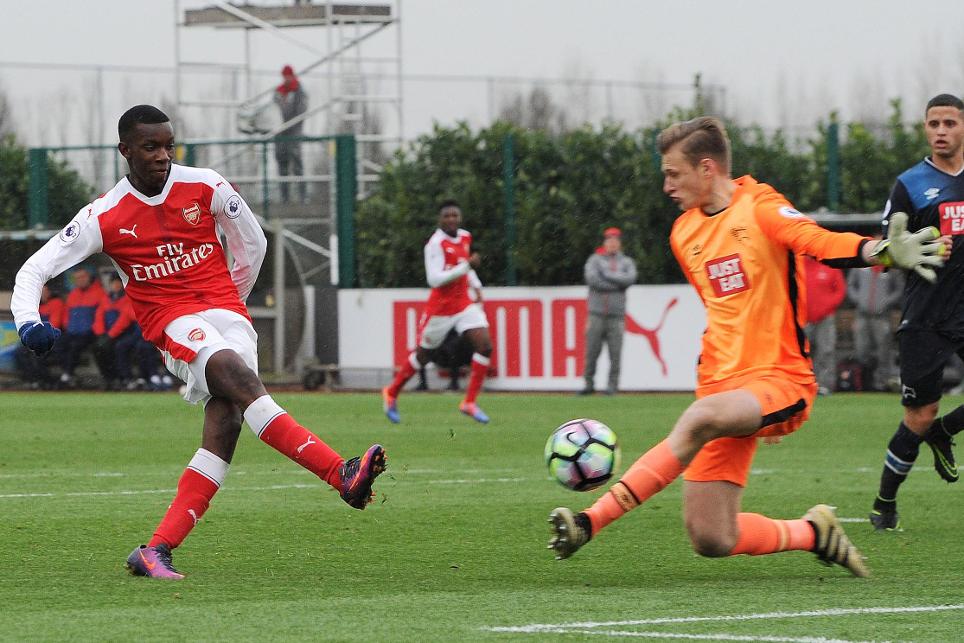 Eddie Nketiah scored the winner as Arsenal opened 2017 with a 2-1 victory over Derby County.

In a match between the two sides promoted from Division 2 last season, Savvas Mourgos opened the scoring at London Colney after only six minutes.

But Derby equalised seven minutes after half-time through Timi-Max Elsnik but Nketiah, who came on at half-time, struck to lift Arsenal to fifth in the Division 1 table. Derby remain bottom.

And here's the goal which won the game for us - brilliant work by @EddieNketiah9 and Savvas Mourgos#AFCU23 pic.twitter.com/FpssGScGRI

Arsenal play again in PL2 on Monday, when they travel to Southampton, while Derby's next PL2 match is at home to Sunderland on 17 January.