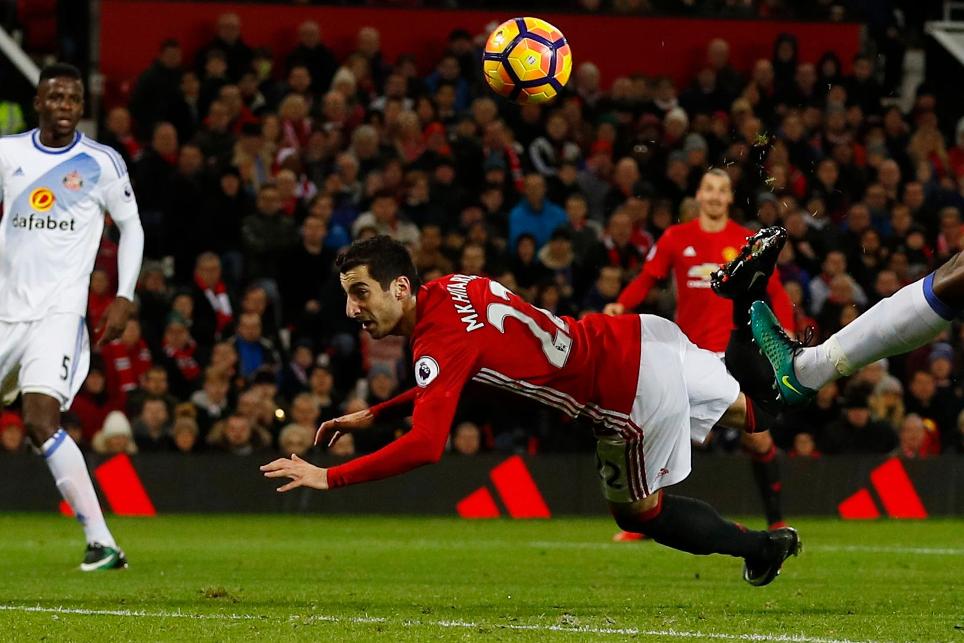 After emerging from the bench to score a stunning flicked effort in a 3-1 win over Sunderland, Manchester United's Henrikh Mkhitaryan (£8.9m) is pushing for a Gameweek 19 starting role to provide Fantasy Premier League managers with a powerful new differential.

The Armenian's Boxing Day goal along with the winner in a Gameweek 15 home victory over Tottenham Hotspur means he has scored in each of his last two Premier League appearances.

When compared with his performances over Gameweeks 1-14, there has been a clear improvement in Mkhitaryan's recent displays.

With Mkhitaryan's average number of chances created (from 0.7 to 2.0) also on the rise, the signs suggest that he is primed to have a significant impact over the second half of the season.

Since the Gameweek 18 deadline, more than 18,000 FPL managers have already acquired his services ahead of United's New Year's Eve hosting of Middlesbrough.

Having failed to net in six appearances over the opening 14 rounds of fixtures, Mkhitaryan has dropped £0.6m in price since the start of the season.

Now residing in a mere 2% of FPL squads, the summer signing offers an alternative or a partner for in-form team-mate Zlatan Ibrahimovic (£11.6m) ahead of a fine upcoming schedule.

According to the Fixture Difficulty Rankings (FDR), five of United's next seven fixtures register a score of no more than two.

This run delivers home encounters with Middlesbrough, Hull City and Watford, along with trips to West Ham United and Stoke City.

Only matches against Liverpool and Leicester City in Gameweeks 21 and 24 are considered as less promising.

Bearing in mind that midfield team-mates Paul Pogba (£8.3m) and Juan Mata (£7.3m) have both claimed only three goals from 17 and 13 appearances respectively, Mkhitaryan’s cutting edge could soon help him emerge as crucial to both Jose Mourinho and FPL managers alike.