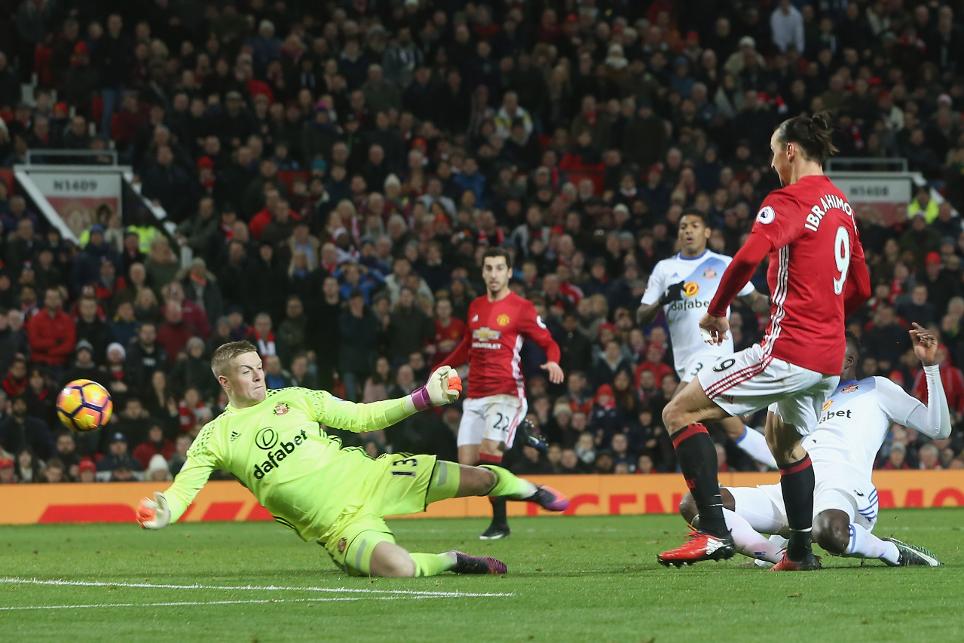 Scoring 55 in the Bonus Points System (BPS), the forward scored Man Utd's second goal and assisted the other two.

The Frenchman fired three of his eight goal attempts on target and provided a third assist in his last six Gameweeks.

Tallying 26 in the BPS, the Black Cats forward also produced six recoveries and a successful tackle.

The most popular transfer target ahead of Monday’s deadline and backed by 25% of FPL managers with the Gameweek 18 captaincy, Ibrahimovic has now registered eight goals and three assists in his last seven Gameweek starts.

He is only five points behind Chelsea’s Diego Costa (£10.7m) at the top of the FPL forward standings.

The return from injury of Henrikh Mkhitaryan (£8.9m) adds competition for the United midfield roles ahead of the visit of Middlesbrough in Gameweek 19.

Coming off the bench in the second half, the Armenian’s stunning late goal means he has now scored in both of his last two appearances.

🤔We're still trying to figure out how he did this one!

For Sunderland, the form of top scorer Jermain Defoe (£7.8m) continues to cause concern.

Owned by 24.8% of FPL managers, he failed to find the net again and has now scored only one goal in his last six Gameweeks.