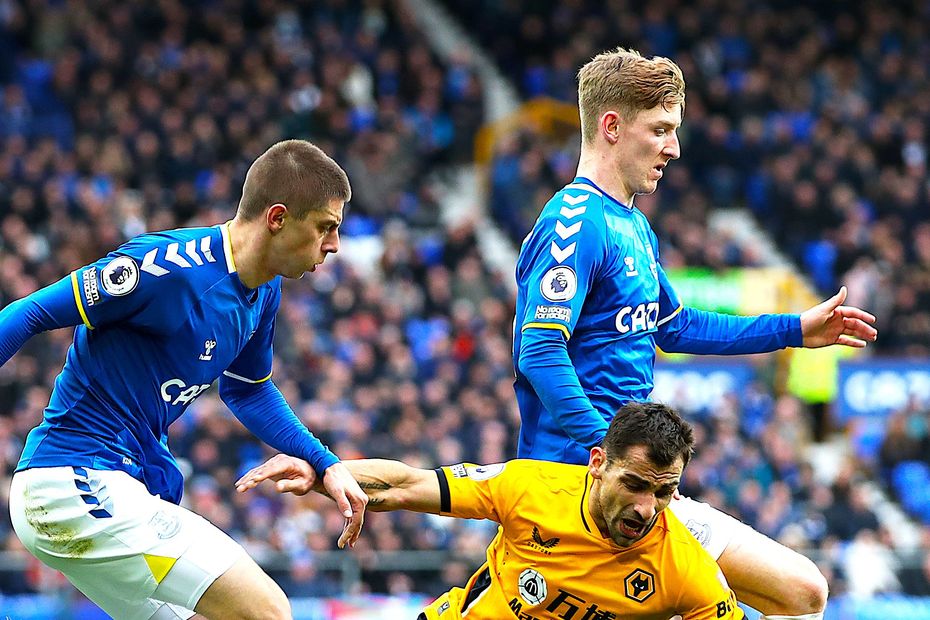 Managers in Fantasy Premier League Draft can get ahead of their rivals by targeting Everton duo Anthony Gordon and Vitalii Mykolenko for the run-in.

The Toffees play twice in Gameweeks 36 and 37 and will look to take advantage of their busy schedule and move away from the bottom three.

They also have a favourable home meeting with Leicester City on Wednesday, raising the appeal of their key players.

Winger Gordon has returned 15 points in the last two Gameweeks, thanks to a goal and an assist.

But who else can Draft managers go for? Here are some suggestions owned by under half of managers in eight-team Draft leagues in the previous Gameweek.

Brendan Rodgers’ side have three Double Gameweeks in the final six rounds of matches, including trips to Newcastle United and Everton in Gameweek 33.

In defence, James Justin has started and played 90 minutes in three successive matches and seems to have fully recovered from a long-term injury.

The Magpies are the only side to play at home twice in Gameweek 33, entertaining Leicester and Crystal Palace.

Fabian Schar is the standout pick at the back, having produced two goals, an assist, two clean sheets and five bonus points in Newcastle's last five Gameweeks.

However, Martin Dubravka, Matt Targett and Dan Burn have also been overlooked.

Both of Newcastle’s matches in DGW33 score only two in the Fixture Difficulty Ratings (FDR), as does their Gameweek 34 encounter with Norwich City.

The Spurs defenders also been largely ignored ahead of a very favourable end to the campaign.

Five of Spurs’ remaining seven matches score two in the FDR, including their home match against Brighton & Hove Albion this weekend.

Emerson Royal, Ben Davies and Cristian Romero are among those to consider, with Royal the standout pick.

The wing-back has combined a goal with a clean sheet in the last two Gameweeks.