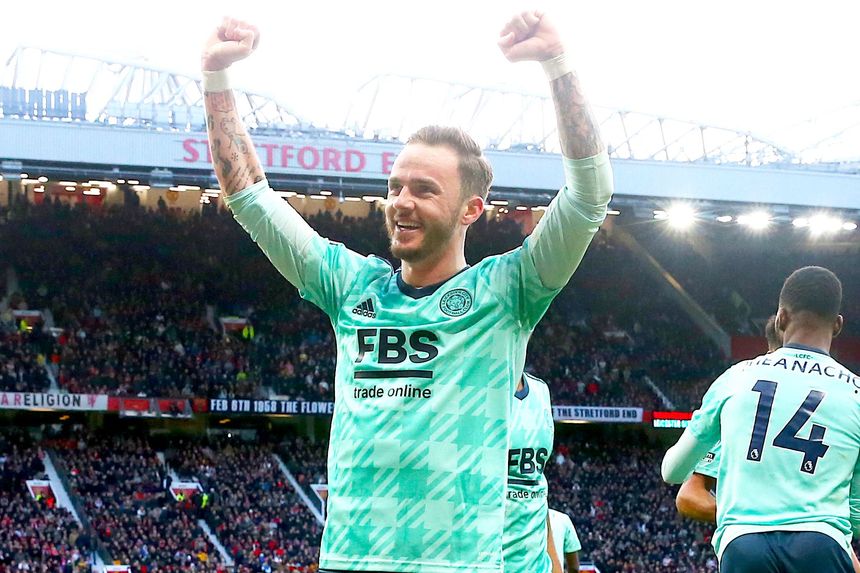 'The Performance, I Was Really Pleased With' – Rodgers' Man Utd Reaction External Link
FPL experts' tips: When to jump on a bandwagon

Managers have made James Maddison (£6.8m) a top target for Gameweek 32 of Fantasy Premier League after he continued his fine form on Saturday.

The Leicester City playmaker supplied the assist for Kelechi Iheanacho’s (£7.0m) goal in a 1-1 draw at Manchester United.

Maddison now has eight goals and seven assists in 2021/22, equalling his best-ever season for attacking returns.

Seven of those matches score only two in the Fixture Difficulty Ratings (FDR), pointing to more success for Maddison.

Liverpool’s Jota produced a goal, an assist and 14 points in a 2-0 win over Watford, his first home start since Gameweek 24.

Get De Bruyne for run-in?

Both earned 11 points in a 2-0 win at Burnley, De Bruyne scoring once and Sterling supplying two assists.

De Bruyne has now claimed four of his top six scores this season in his last eight appearances, highlighting his form ahead of Man City’s kind run-in.

Five of their final eight matches score only two in the FDR, with De Bruyne shaping up to be a major player for Fantasy managers in the next few Gameweeks.

Brentford can free up funds

The Bees claimed a third win in four Gameweeks by beating Chelsea 4-1 at Stamford Bridge.

Ivan Toney (£6.7m) has been their top performer in that run, his assist on Saturday taking his tally to 36 points in the last four Gameweeks.

But he was outscored by three of his midfield team-mates in Gameweek 31.

Four of Brentford’s final seven matches score only two in the FDR, giving their budget-friendly players the chance to reward managers over the run-in.