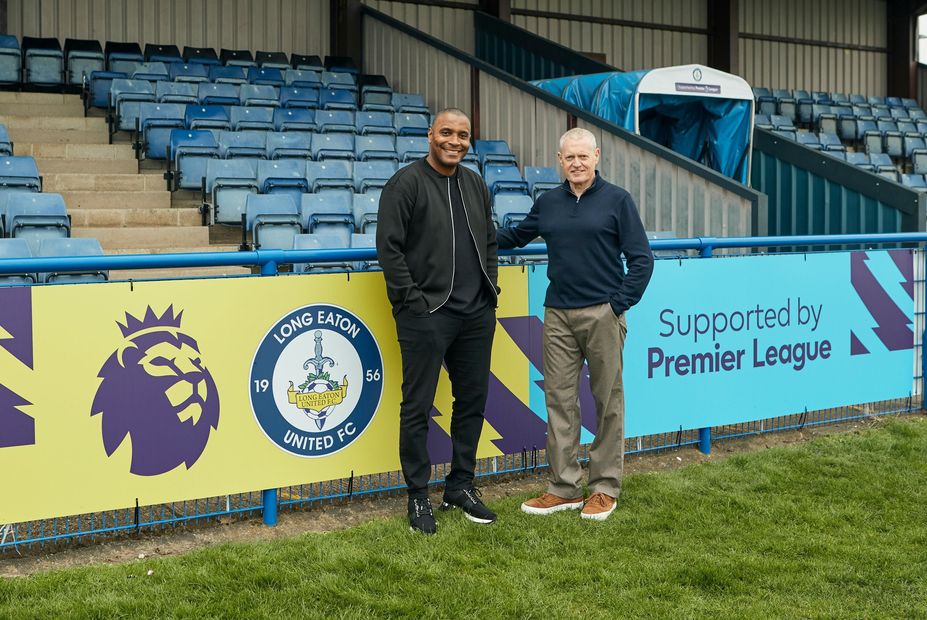 Last weekend marked Non-League Day as we highlighted non-league clubs who have benefited from the support of the Premier League.

At the end of a career that included Crystal Palace, Birmingham City, Coventry City and Sheffield Wednesday, striker Clinton Morrison had a spell with Long Eaton United in Derbyshire.

The striker returned to his former club, who lead the United Counties League Premier Division North, to see how they have improved their facilities with support from the Premier League.

"You can see what Premier League funding is doing for non-league clubs around the country, in particular here at Long Eaton," he says. "It's fantastic."

In recent years Long Eaton have had a wide variety of Premier League funding for their Grange Park stadium.

They have installed new fencing and a players' tunnel, a new hospitality area, as well as making improvements to their car park and clubhouse.

And four years ago the Premier League co-founded a grant to construct an all-weather facility that all the club's teams as well as the local community can use.

"The reason we set the academy up was to give people pathways," Holland says. "They are not all going to become pro footballers but we want people to leave here with a better CV, better life skills and they go away saying they have enjoyed their time with the club."

With Long Eaton riding high in level nine of the football pyramid, Premier League support has allowed the club to formulate ambitious plans to help them progress up the leagues.

"We are going to put drainage underneath the pitch, an electronic irrigation system, put new seats in," says club director Nick Dargan. "It will be transformational."