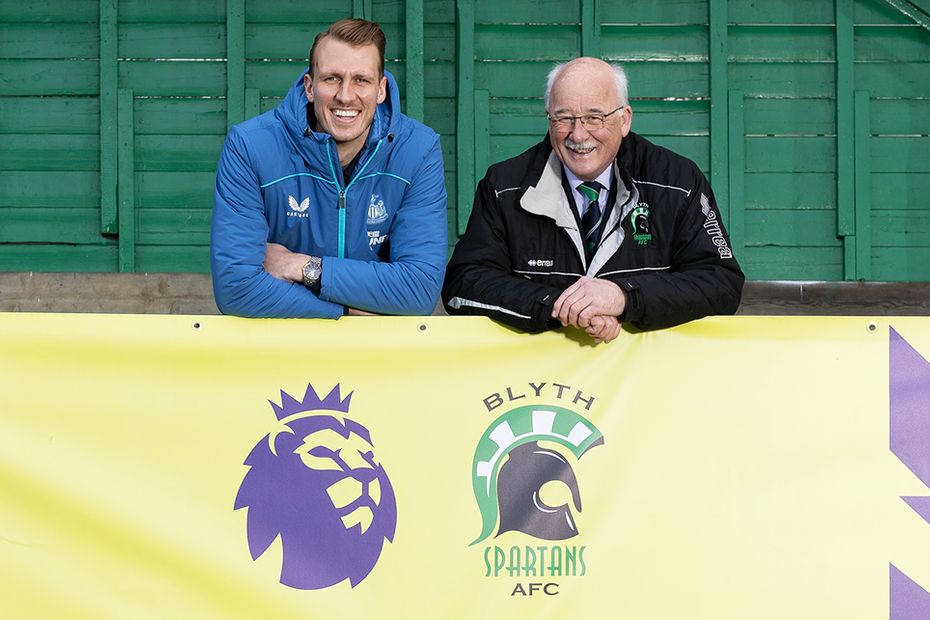 As part of Non-League Day, Newcastle defender visits his former club supported by Premier League funds over the years

Saturday 26 March is Non-League Day, with fans encouraged to attend a non-league match, and we are highlighting non-league clubs who have been supported by the Premier League.

Released by his beloved Newcastle United when he was 11, Dan Burn started to make his way in the game in non-league, playing for his local club Blyth Spartans.

Eighteen years later, Burn is back at Newcastle as a first-team player, but he has not forgotten his roots.

To mark Non-League Day, Burn returned to his old stomping ground to see how Blyth Spartans and their Croft Park home have been transformed with support from the Premier League.

"I was looking through the Premier League funding figures and it's good to see the grants the club have been receiving," Burn says. "It's nice to see where the money is going to. Spartans are a big part of the community here and have been around a long time."

Over the last 20 years, Blyth Spartans, who play in National League North, the sixth tier of the English football pyramid, have received various grants to help improve terracing, stands, seating, pitch barriers as well as for the construction of a viewing area for disabled supporters.

Blyth were also one of more than 1,000 National League, Women's Football and Welsh Premier League clubs who claimed Premier League funding via the Matchday Support Fund to prepare for the resumption of football after the COVID-19 pandemic.

"We think we've got a nice tiny ground for this standard of football," says the club's chairman Tony Platten. "And it's ready to go up to the National League."

This has been part of the League's longstanding support of the football pyramid which will continue with the Premier League Stadium Fund.

The fund will involve grants totalling £16million being made available to clubs in the National League system and women's football pyramid for them to invest in projects to develop many aspects of their grounds.