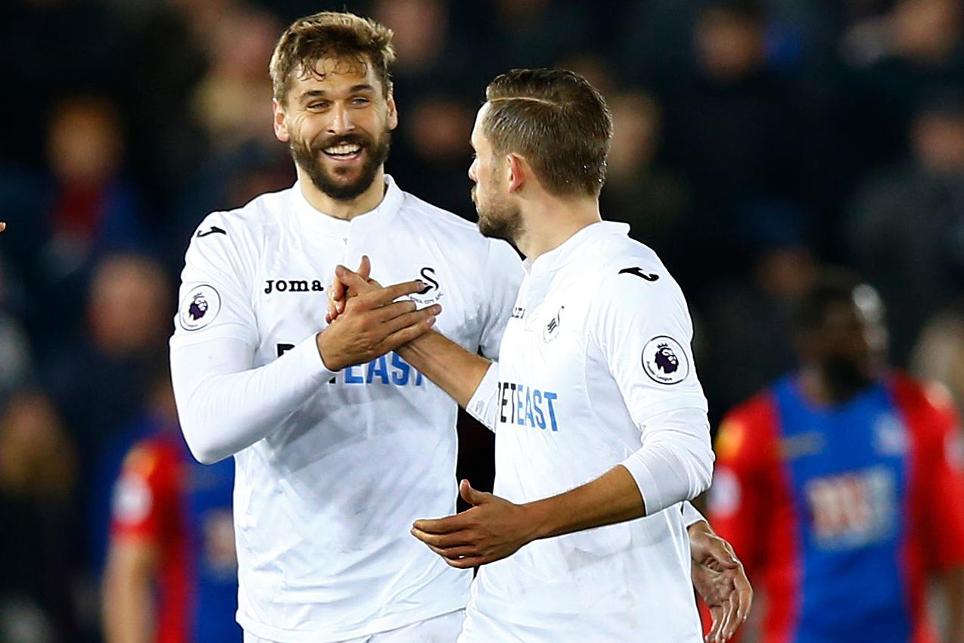 Gylfi Sigurdsson features in a powerful five-man unit who promise major festive returns, according to The Scout

Having been disappointed by our forwards last weekend, we have turned to influential midfielders who thrive at home as a means to power our Gameweek 18 total.

Our previous tally of 57 was 10 points above the average but we are looking for more from our opening festive selection.

Tom Heaton - Burnley - £4.8m
The Clarets skipper boasts just a single clean sheet in his last five Gameweeks but, having provided 20 save points over the season, always offers reassurance of returns. Turf Moor visitors Middlesbrough have scored seven goals in eight away trips this term.

Hector Bellerin - Arsenal - £6.4m
Although the Gunners are without a clean sheet in eight Gameweeks, Bellerin's attacking promise is a key factor here. The Spaniard already has three assists and will face a West Bromwich Albion side who, like Middlesbrough, have scored a modest seven goals in eight away matches.

Nathaniel Clyne - Liverpool - £5.7m
Ranking second for goal attempts (17) and top for chances created (28), Clyne is among the premium attacking FPL defenders. Having kept four clean sheets in six Gameweeks, the Liverpool backline will be confident of shutting out Stoke City at Anfield.

Marcos Alonso - Chelsea - £6.4m
Thrusting forward from left wing-back, Alonso has returned either a goal, assist or clean sheet in ten of the last 11 Gameweeks. We're expecting more of the same from a Stamford Bridge meeting with AFC Bournemouth.

Eden Hazard - Chelsea - £10.4m
With just a single goal in the last six Gameweeks, the onus will be on the Belgian to step up in the absence of the suspended Diego Costa (£10.8m) against the Cherries. Six goals in eight outings on home turf suggests Hazard can deliver, possibly from a false nine role.

Theo Walcott - Arsenal - £7.8m
Another key asset for home matches, like Hazard, the Gunners' winger has produced six goals from eight matches in front of his own fans. A full £4.0m cheaper than team-mate Alexis Sanchez (£11.8m), we are backing Walcott to be the major benefactor from West Bromwich Albion's Emirates visit.

Gylfi Sigurdsson - Swansea City - £7.5m
Having scored or assisted 50% of the Swans’ goals, it is clear that Bob Bradley's side will look to Sigurdsson to inspire a vital victory against visiting West Ham United. His dead-ball prowess and link with striker Fernando Llorente will likely be key factors in the Liberty Stadium meeting.

Raheem Sterling - Manchester City - £7.6m
Returning to form with a goal and assist in the previous two Gameweeks, the fleet-footed winger looks primed to punish a porous Hull City defence at the KCOM Stadium. The Tigers have shipped 15 goals in their eight home matches to this point, without earning a single clean sheet.

Paul Pogba - Manchester United - £8.3m
Developing his link with striker Zlatan Ibrahimovic, the Frenchman has returned a goal and pair of assists in his last three Old Trafford matches. We are backing Pogba to maintain that recent form against a Sunderland side without a shutout from eight road trips this season.

Zlatan Ibrahimovic - Manchester United - £11.5m
For the same reason, we turn to Ibrahimovic for a solution in our two-man attack. With seven goals in his last six Gameweek starts, the Swede has the form and the fixture to deliver big on Boxing Day. He duly claims our Gameweek captaincy.

Fernando Llorente - Swansea City - £6.3m
With four goals in the last two Liberty Stadium outings, Swansea will look to the Spanish striker and his combination with Sigurdsson in the No 10 role to provide the cutting edge against the Hammers.