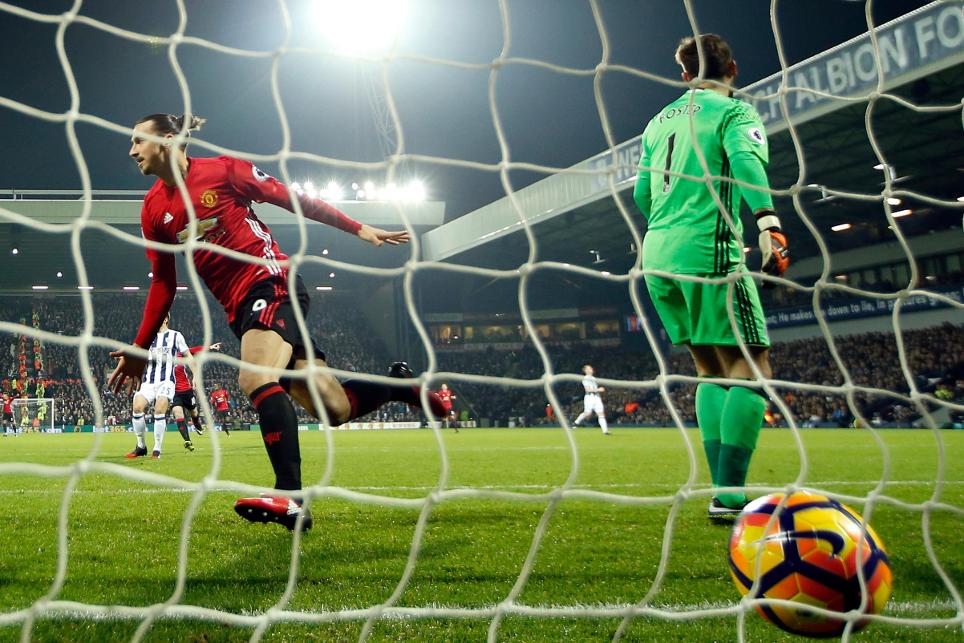 With seven goals in last six outings, the Man Utd forward is primed for captaincy ahead of Sunderland's visit

Zlatan Ibrahimovic (£11.5m) leads an array of contenders for the Fantasy Premier League captaincy for Gameweek 18, ahead of Manchester United’s Old Trafford meeting with Sunderland.

Earning the most new owners ahead of Monday's 11.30am GMT deadline, Ibrahimovic has seven goals in his last six Premier League matches and welcomes a Sunderland defence who have yet to register a shutout away from the Stadium of Light.

Arsenal's Alexis Sanchez (£11.8m) and Theo Walcott (£7.8m) host a West Bromwich Albion side who have kept just one clean sheet in the last 14 fixtures.

The top-scoring player in Fantasy Premier League, Sanchez has scored or assisted in each of his last five outings.

Walcott, meanwhile, has netted six of his eight goals at Emirates Stadium and fired 13 shots inside the box over the previous four Gameweeks, more than any other FPL asset.

With Diego Costa (£10.8m) suspended, Antonio Conte will be looking to Eden Hazard (£10.4m) to make the difference as Chelsea welcome AFC Bournemouth to Stamford Bridge.

The Belgian has one goal in the last six Gameweeks, although he has produced 10+ point tallies on three occasions at the Bridge.

The winger, who got the Gameweek 17 winner at Everton, has scored or assisted in all but one of his seven home appearances.

But the pair are first and second respectively for both attempts on goal and shots on target over the last four Gameweeks ahead of a trip to Southampton.

Elsewhere, there are two stand-out mid-price options worthy of consideration for the armband.

Crystal Palace’s Christian Benteke (£7.7m) has four goals and an assist in the last five Gameweeks ahead of a visit to Watford.

Owned by 10.5% of FPL managers, the Belgian is ranked first for attempts inside the box away from home (24).

Gylfi Sigurdsson (£7.5m) has served up a goal and assist in each of his last two home appearances and, over the season, has scored or assisted half of Swansea City's goals.

The playmaker faces a West Ham United side at Liberty Stadium with a single clean sheet away from home this term.