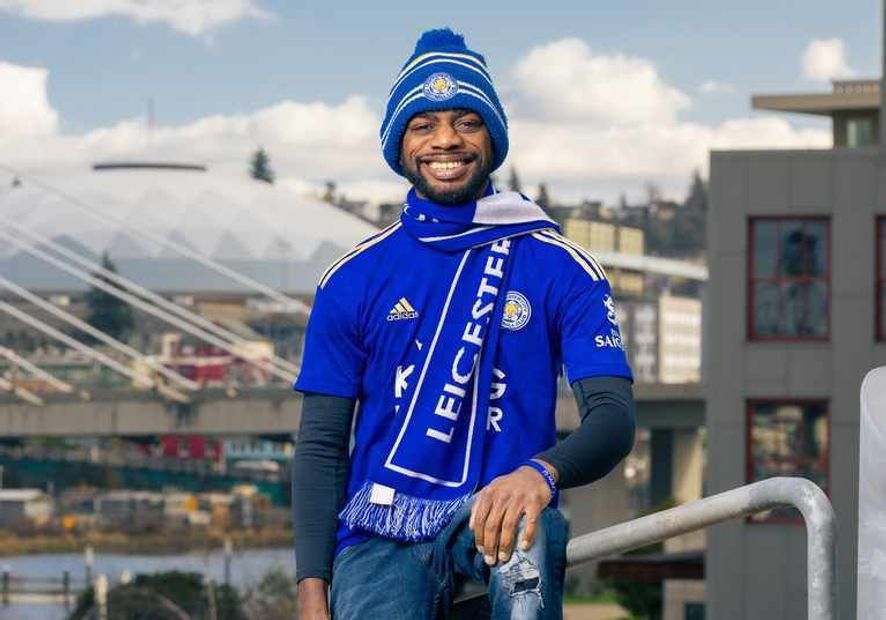 In honor of Black History Month, we spoke with Mike, a Leicester City supporter in Tacoma, Washington and family man who’s found another family in the club he loves.

“I’m a family guy with a family club. Simple as that. If you go to Leicester, they’ll treat you like family.

"It all began after the 2014 FIFA World Cup. Leicester were in the middle of a relegation battle and managed to stay up. I was like 'OK, I’ll root for the club with a funny name.' Flash forward eight years later and the club is a huge part of my life.

"When I go over to England to watch the Foxes, I’ll be in a bar before the match and people will come up to me and can’t believe I came all the way there just to watch Leicester play.

"The fans really make you feel like part of the family. Of course they’ll buy you pints and all that, but the welcoming atmosphere is what makes it special. It makes you want to stay and it hurts when you have to leave. That’s the kind of family environment they’ve built.

"That’s the thing about Leicester though, the American Leicester supporters are a family over here too."

"I have two kids and a grandchild. Family is everything to me.

"Are my kids into soccer? No they’re not! I’m worried I might have overdone it. They’re very American but they understand how much Leicester means to me.

"That’s the thing about Leicester though, the American Leicester supporters are a family over here too.

"We’ve turned the NBC Premier League Fan Fest events into a reason for us all to get together. There’s a group of around 15 of us from all over the country in a WhatsApp group and we coordinate seeing each other.

"As a matter of fact, I went down to San Diego last year to watch the FA Cup final. This guy I only knew through the WhatsApp group picked me up from the airport, took me to his house, gave me the guest room and the couch and we had a great weekend together.

"It’s really about building a community over here in the U.S. so when something like a Fan Fest comes up, we can get together in some city in America, represent our club and have a good time.

"I’ve made lifelong friends just by rooting for this club. Whether I’m in Leicester or some random city in the United States, I know I’ll have a place to have dinner and won’t need to get a hotel. What’s more family than that?”