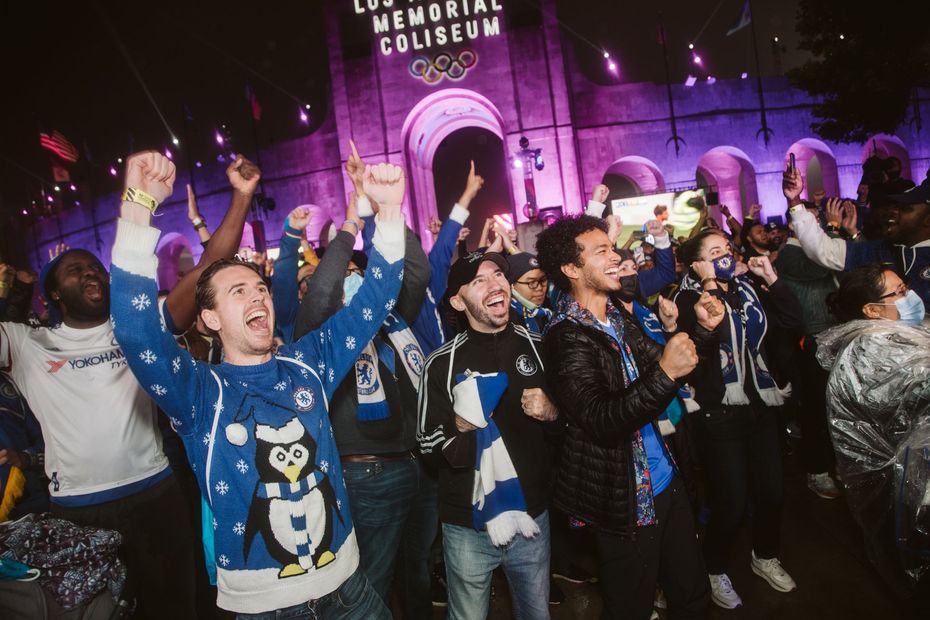 Ahead of the festival opening, Premier League Hall of Fame inductee Alan Shearer and former Watford and USMNT star Jay DeMerit went along with some Premier League club mascots to see the sights in LA.

The mascots headed to Venice Beach, where Man City's Moonchester impressed the locals with some nifty moves.

When in LA, what better way to see the city than with an open-top bus tour, where Burnley's Bertie Bee, Wolverhampton Wanderers' Wolfie and Watford's Harry the Hornet joined Shearer and DeMerit?

Hollywood glitz met Premier League glamour as the Premier League Trophy was put on display outside the famous Grauman's Chinese Theatre next to the Walk of Fame, where PL Hall of Famer Shearer would have felt at home.

As a former Newcastle United captain, Shearer could not have his picture taken in front of the El Capitan cinema, could he?

Shearer and the Trophy also dropped by the Santa Monica offices of Arnold Schwarzenegger, where the Terminator star praised the inspiration qualities of football.

Then in the early hours of Saturday morning, with the scene set inside the stadium grounds, hundreds of fans lined up to enter the fan fest.

Fans were able to leave messages of support for the Premier League's No Room For Racism programme to which the weekend's matches are dedicated.

The local branch of the Chelsea fan club were rewarded for their early start as they saw their beloved team open the day with a 7-0 win over Norwich City.

For these two Norwich fans, their morning was at least tempered by the setting and the opportunity to experience a Premier League match like they would never have done before.

Everton legend and NBC pundit Tim Howard made the day of one Toffees fan by signing his shirt.

There was also a special installation at the fest, with a wall holding 20 skateboards each decorated in the colours of the Premier League clubs.

Shearer was there as well and made a dream come true for one Newcastle supporter, Shade.

I honestly do not even know where to begin on just how special today was for me. I’ve always said that if I can’t be in the Toon, I’ll bring as much of the Toon as I can here. To meet @alanshearer in LA was a dream come true and I have no words to express just how special it was pic.twitter.com/jgPs2fN90N