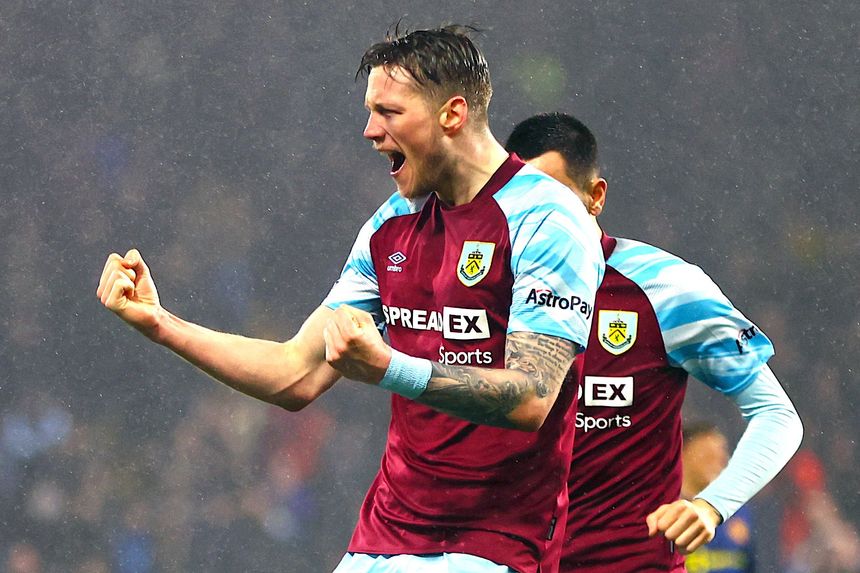 Wout Weghorst’s (£6.5m) impressive start to Burnley’s Double Gameweek 26 has made him a top target in Fantasy Premier League.

The forward has earned 38,000+ new owners on the back of his goal, assist and 12-point haul 3-0 win at Brighton & Hove Albion on Saturday. That makes him the most transferred-in player for Gameweek 27.

GW27 most transfers in

Burnley will host Tottenham Hotspur on Wednesday in the second match of both sides’ Double Gameweek 26.

Crucially, Burnley are the only side also scheduled to play twice in Gameweek 27, facing Crystal Palace and Leicester City.

4️⃣2️⃣ of you Triple Captained Wout Weghorst in GW26 ©©©

Who else took a risk on their skipper this #FPL Gameweek? pic.twitter.com/l2YW8D6y9C

Weghorst was not the only Burnley to impress against Brighton.

Harry Kane (£12.2m) will pose Burnley major problems in midweek, though, after producing his season-high haul of 13 points in the 3-2 victory against Manchester City.

It was the first time this season Kane and Son have produced double-figure hauls in the same match. That suggests both are back to their best for Spurs’ favourable schedule.

The goal that saw our duo level the all-time record for Premier League goal combinations! 👏 pic.twitter.com/nJUVPUu8dF

Each of their matches in Gameweeks 27 and 28 score only two in the Fixture Difficulty Ratings (FDR), while they also have a Double Gameweek 29, against Manchester United and Brighton.

Tino Livramento (£4.3m) is the most-bought defender in the Gameweek after his 12-point score in a 2-0 home win over Everton.

More than 17,000 managers have brought in the Southampton right-back, who combined an assist with a clean sheet and three bonus points. His ownership currently stands at 9.5 per cent.

Saints also have a very kind run of opponents, with five of their next six matches scoring two in the FDR.

They are among six sides set to play twice in Gameweek 28, facing Aston Villa and Newcastle United.

Word of warning on Salah

Mohamed Salah’s (£13.1m) raft of new owners should be aware that Liverpool are without a match in Gameweek 27.

The Egyptian is second only to Weghorst for transfers in this Gameweek, with more than 37,000 managers bringing him into their squads after his goal and 10-point haul as they won 3-1 at home to Norwich City.

Salah was among four players to produce a double-figure haul on Saturday who now have a blank Gameweek 27, along with Arsenal pair Emile Smith Rowe (£5.8m) and Bukayo Saka (£6.5m), and Chelsea’s Hakim Ziyech (£7.3m).

However, Liverpool and Arsenal are among the six sides who then have a Double Gameweek 29 scheduled.