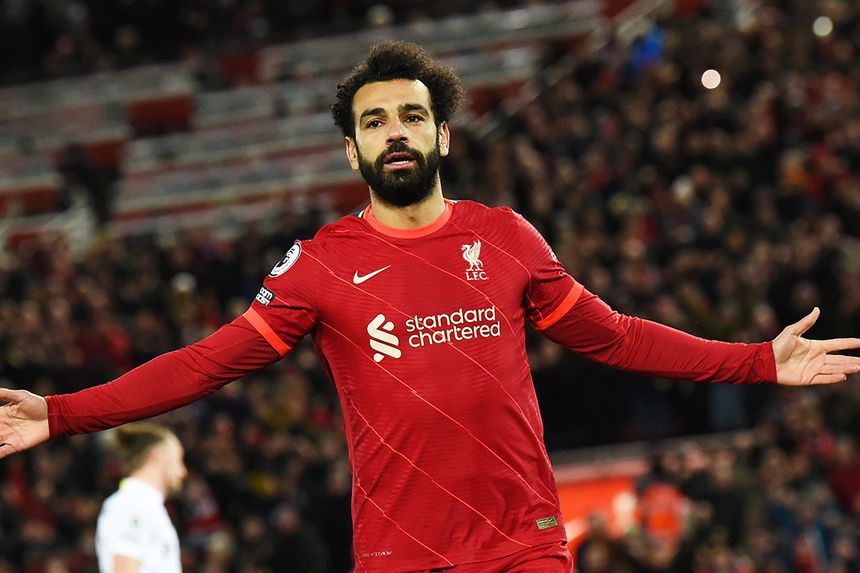 A record 1million+ Fantasy Premier League managers Triple-Captained Mohamed Salah (£13.1m) and they benefited from a huge 84-point haul in an historic Double Gameweek 26 for the Liverpool star.

Salah rewarded that faith in style, claiming 28 points in the Gameweek, with that trebled for his Triple-Captainers.

He scored and claimed three bonus points in Saturday's 3-1 home win over Norwich City before getting another two goals, an assist and two bonus in a 6-0 Anfield win against Leeds United on Wednesday.

There were around 850,000 other chips deployed, with the 239,806 Bench Boosts activated being a record number in a Gameweek so far this season.

Salah was also the most-captained player, with more than 3m managers giving him the armband overall.

After the Portuguese pair's double-figure hauls in Double Gameweek 25, Fernandes continued his good form with a goal and an assist in Sunday's 4-2 win at Leeds. But Ronaldo was booked and finished with one point.

The leading 100 Fantasy managers overwhelmingly sided with Salah, with 97 members of this elite group trusting him with the armband.

Trent Alexander-Arnold (£8.5m) took second spot but it was a disappointing start to the Double Gameweek for his backers as he was left out of the squad to face Norwich. He then kept a clean sheet against Leeds for six points.

One manager in the top 100 captained Arsenal midfielder Bukayo Saka (£6.5m), who scored in the 2-1 win over Brentford to match's Salah's 10-point total for the weekend.

But though he came close to scoring in the Gunners' dramatic 2-1 win against Wolverhampton Wanderers on Thursday the England international was unable to add more than a point for his efforts.

Salah was the No 1 transfer target ahead of the Double Gameweek 26 deadline, with nearly 1.5m adding him to their squads.

Only Ronaldo back in Gameweek 4 has been a more-popular acquisition in a Gameweek this term.

Joining Salah and Saka among the most-bought players was Raul Jimenez (£7.4m).

The Mexican was transferred in by more than 527,000 and produced an assist in his first match of the week, helping Wolves beat Leicester City 2-1 on Sunday. Like Saka, he added just one point in the loss at Arsenal.

An injury to Diogo Jota (£8.4m) resulted in his being shipped out by over 1.5m managers. The Portuguese missed both of Liverpool's matches.

Fernandes was the second most-sold player ahead of the deadline as many made a straight swap to Salah.

And despite amassing 66 points in eight matches prior to Double Gameweek 26, Kevin De Bruyne (£12.0m) was another makeweight in the clamour to move for Salah.

The managers who sold De Bruyne would have felt relieved as he blanked in Manchester City's dramatic defeat by Tottenham Hotspur.