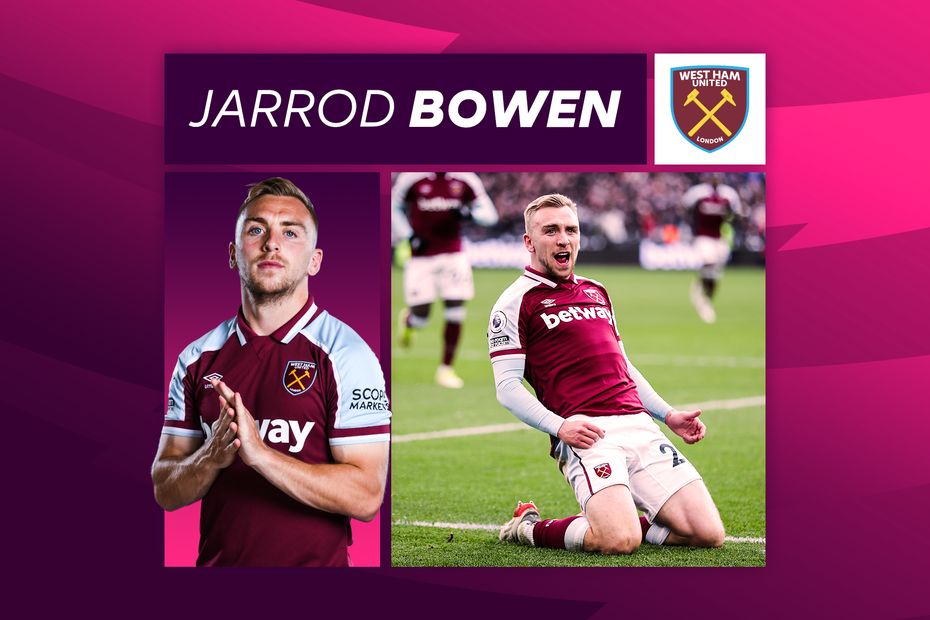 In the space of two years as a West Ham United player, Jarrod Bowen has turned raw potential into consistently elite performance levels.

The 25-year-old has been destructive for David Moyes’ side this season, scoring eight goals and providing the same number of assists.

Mohamed Salah is the only Premier League player who has produced more direct goal involvements.

This shows how far Bowen has elevated his game and if the Hammers are to succeed in their quest for a top-four finish, Bowen’s superb form must be maintained.

The winger signed from Hull City in January 2020 has drawn comparisons with Salah this term, using his speed and skill to great effect on the right side of West Ham’s attack.

He is nominally a wide player but is very much a "second striker" who pops up in central areas on a regular basis.

Six of his eight goals this season have come from shots taken from positions within the width of the opposition goalposts, with two being headers inside the six-yard box.

His anticipation of where a chance will fall has improved, along with the quality of his finishing.

Remarkably, only two players have produced more shots on target than Bowen this season, and they are Salah and Harry Kane.

He also ranks in the top six for big chances created, touches inside the opposition penalty area and dribbles completed.

When you look at Bowen’s form in 2021/22, it is impossible not to view him as one of the Premier League’s top performers.

This weekend's opponents Newcastle United will understand that an on-song Bowen can hurt them in a variety of ways.

His ability to sprint beyond the last defender, as displayed when scoring at Leicester City last time out, is a threat that should deter the Magpies from holding a high defensive line.

Eddie Howe will also instruct his Newcastle players to shrink the space around Bowen by getting tight to him whenever he takes possession of the ball.

If you allow him to travel with it at his feet, Bowen can tear anyone in the division apart. Salah is the only Premier League player with as many assists this season from ball carries.

Bowen is also a big danger from dead-ball situations.

He has laid on three assists from right-wing corners, against Everton, Liverpool and Leicester.

All three were in-swingers whipped in at pace along the six-yard box.

When you fully assess the all-round menace Bowen provides it is clear the Hammers have an outstanding talent on their hands.