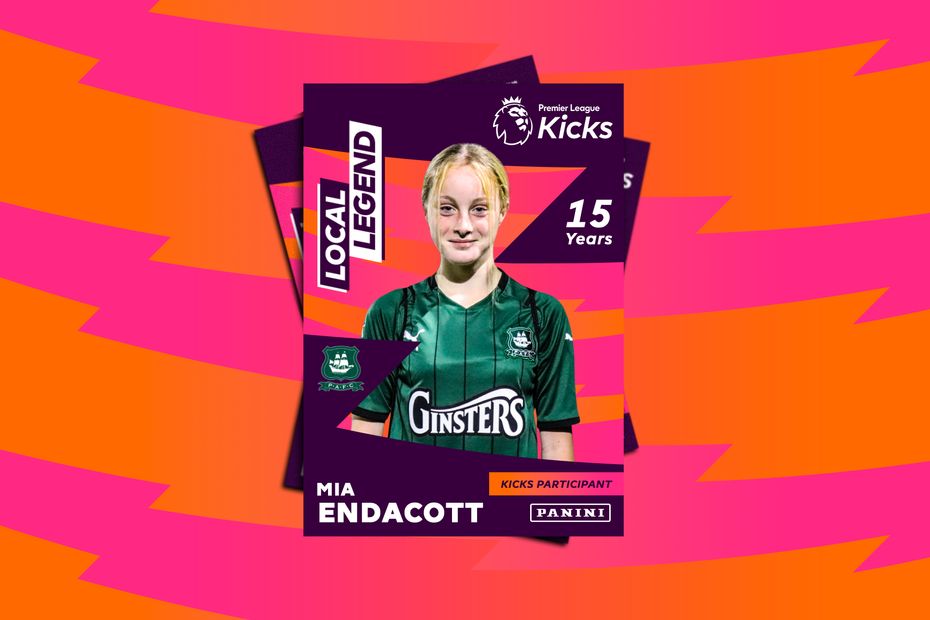 With a mum who is a Commonwealth Games gold medallist, Mia Endacott knows how sport makes an impact on young people.

And through female Premier League Kicks sessions run by Plymouth Argyle Community Trust, Mia is not only gaining the skills to hopefully play for England but is also aiming to encourage more girls into the sport.

"I came to PL Kicks when I was quite young," she says. "It's nice to have free football sessions. Football is a massive part of my life, it makes life more enjoyable.

"The coaches are great. They always get themselves involved and the sessions are planned really well. Kicks has definitely helped with my passion for football because it's less pressure. It's a lot of fun.

"I've changed as a person during my time at Kicks. It's helped me boost my confidence and my social skills."

Mia's mum Katherine competed at the 2010 Commonwealth Games in Delhi, winning a gold in the 4x100m relay and silver in the 100m.

Mia is hoping she can follow in her footsteps by representing her country on the football pitch.

"Sport runs through the family," she says. "I've been selected for my third England camp and I hope that one day I'll be playing for the Lionesses. That's what I'm striving to do."

Through Premier League Kicks, Mia has now taken her first steps to becoming a volunteer, helping younger players with their football skills and making new participants feel comfortable when they join the programme.

Her achievements have led to her being named Plymouth's "Local Legend" as part of the PL Kicks 15-year anniversary celebrations.

"I'm very proud of myself," she says. "I would love to become a volunteer just to see the community grow and young people start in football at a young age."

"These sessions are so important because those girls might not get involved in a mixed session; they might not feel comfortable," says Trust inclusion officer Alice Young.

"The way we deliver the sessions at a school base makes the girls feel safe. They feel more supported. They are in a location which they know, which is a lot better for the girls.

"It is great to be able to provide fun and free football for everyone to turn up and play across Plymouth and we feel proud to of played a small part in Mia's amazing football achievements and journey, one of many participants journeys we have influenced."