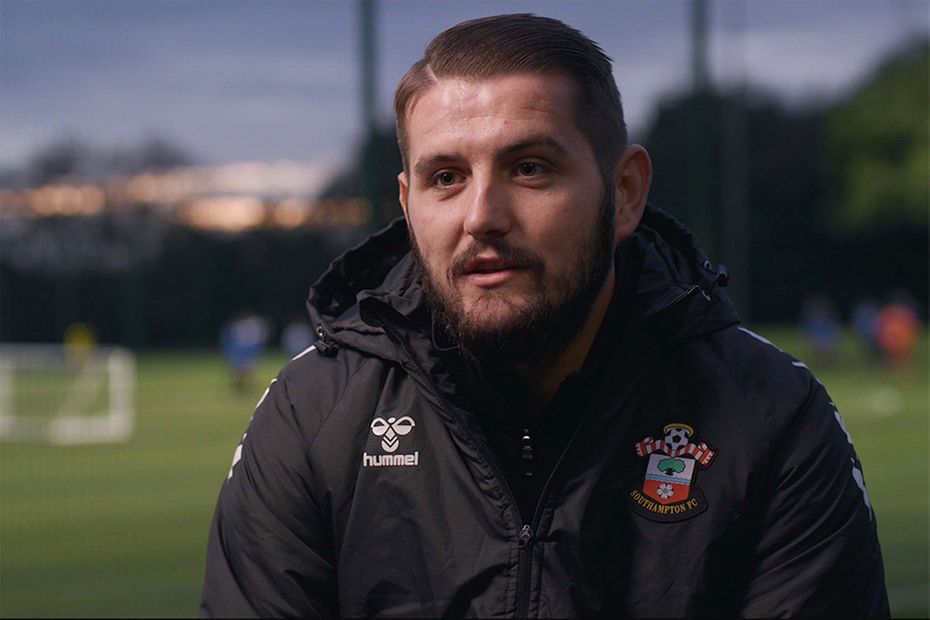 As part of PL Kicks' 15-year anniversary celebrations, we meet a coach who turned his life round with Saints Foundation's help

By his own admission, when Andy Powell first went to Premier League Kicks sessions run by Saints Foundation over 10 years ago, he was "not a nice kid".

"I wasn't in a good space before I started attending Kicks," Andy says. "My life was up and down, I had a tough upbringing and I was with the wrong crowd.

"I had anger issues. I would have gone down the wrong path."

Things changed when the teenager saw an advert for Kicks in a local shop and decided to attend a session to see what it was like.

Once there, Andy started to engage with staff from Southampton FC's charitable foundation, who supported him and helped him channel his frustrations in a positive way.

"I really started putting all my time and effort into Kicks as a participant and the staff were really welcoming," he says.

"They got the brunt of my anger and they were still nothing but kind and polite and wanting me to do well, even though I probably didn't deserve it."

Not only did the Saints Foundation look after Andy, they were also there to support his mum, who was feeling the impact of her son's behaviour.

"They don't just care about the participants here," he says. "My mum was going through a difficult time with me and the coaches used to always check in with her as well.

"The way that they cared for my mum and looked out for her was really special."

Now 28, it is Andy's turn to mentor young people in his role as a Saints Foundation sports and football coach and he is sharing his story as part of the celebrations of the 15-year anniversary of the Premier League Kicks programme.

"The amount of effort and trust that they put into me, I thought it was only fair that I try to put that effort into not only myself but to repay them for what they've done for me," he says.

"It's important the young people have role models.

"I'm getting to mentor kids that are like myself, they need someone to talk to and to look up to. I'm really proud and privileged that that can be me.