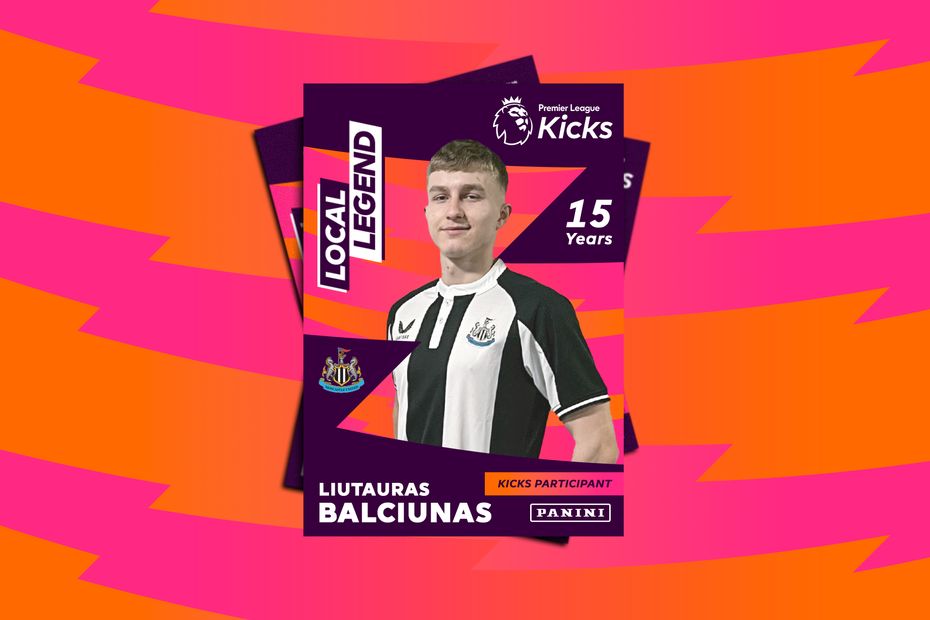 "I remember him having a bit of an attitude," says Sarah Burn, a co-ordinator at the PL Kicks sessions run by Newcastle United Foundation. "Every week there would be something else.

"He would be a little bit aggressive, a little bit negative, and he did get removed a couple of times from the session due to his behaviour."

Despite these issues, Lilly began to respond to the support and guidance of staff from Newcastle United's charitable foundation.

"Kicks has definitely helped me improve as a person," he says. "At first, I didn't really know that many people so I was a bit shy. But once I started meeting people and making friends, I became more and more confident.

"The people that run the sessions, they are all very friendly and good to talk to if you need anything.

"They've always said if you need any help, like getting a job or anything like that, you can come speak to them and they'll organise something for you to look into."

Lilly has become involved in the running of PL Kicks, becoming a role model to others by representing the club in tournaments and taking part in focus groups to help determine the direction of the programme.

He has also been working with Foundation coaches to boost his employability skills and will soon begin volunteering, with a view to becoming a sessional coach.

To celebrate Lilly's achievements and to mark 15 years of PL Kicks, he has been named as Newcastle's "Local Legend", receiving his own Panini card from the club's former striker Shola Ameobi.

"The reality is a lot of these kids don't have a safe space to come and to play and to exercise, and I think it's such an enormous thing that we do here," Ameobi says.

"Over the last 15 years it's had a massive impact, not just on the community here but all around the North East and people travel far and wide to come here. Creating that space is really important for the Foundation."

Lilly is one of more than 2,000 PL Kicks participants engaged by Newcastle United Foundation every year in 13 sites across the North East.

Premier League Kicks is run in partnership with 36 territorial police forces throughout England and Wales, and Winton Keenen, chief constable of Northumbria Police, says the programme is a vital tool to help law enforcement build relationships with young people.

"From a policing perspective and a wider society perspective, we know how important it is to engage with young people so we can steer them on the best course for the rest of their lives," chief constable Keenen says.