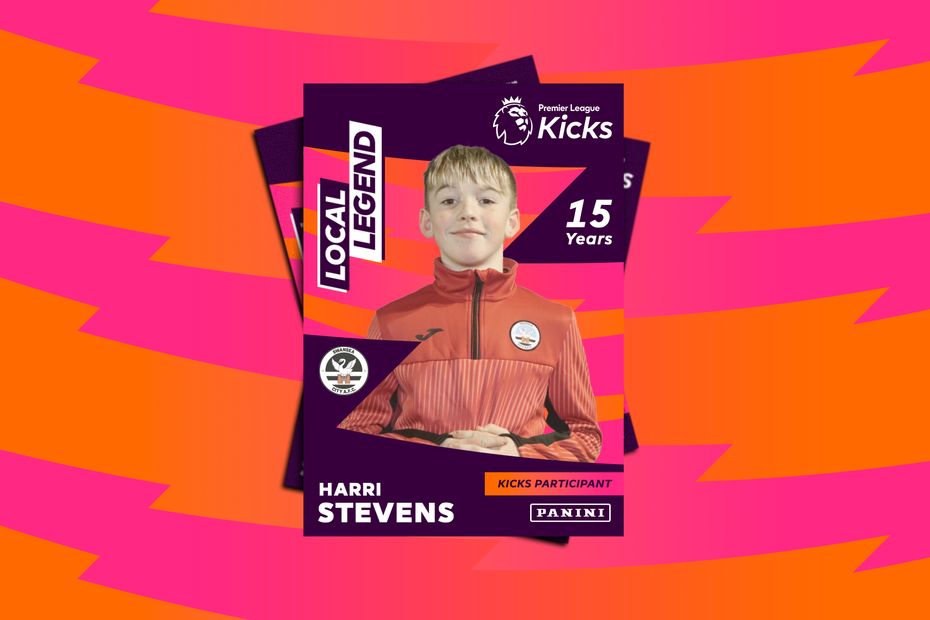 Whenever Harri got upset, it would inevitably turn into anger, which would affect those around the 12-year-old from Llanelli, Wales.

But thanks to the Premier League Kicks programme run by Swansea City Foundation, Harri is now channelling his emotions in a positive way.

"Harri's had a difficult few years," says Swansea City Foundation youth engagement manager Craig Richards. "He's had a few obstacles to overcome and I think Kicks has given him that platform that he can vent his frustration out here instead of at home. It's a really good place for him to be."

The Year 7 pupil at Coedcae School has been attending Swansea's Kicks sessions at Seaside, run in partnership with the Dyfed-Powys Police and the Crime Commissioner's Office.

"I started here two years ago," says Harri. "I like doing football with my friends.

"I'd get angry probably but it makes me happier now. So like when I'm in a game, I'll be more happy, I won't be angry now."

Harri's personal development has been so great that Swansea have chosen him as their "PL Kicks Local Legend", as part of the celebrations by clubs for the programme's 15-year anniversary.

"Sometimes when it gets tough... like the coaches give a bad decision against him, he was giving his frustration out to them," says Richards. "But over the last few months he's been able to control them a little bit better and hopefully that'll go through the next few months and years with him."

Harri is one of over 150 local youngsters taking part in the free weekly sessions in Llanelli, highlighting the positive impact that Kicks' partnership with the police is having on the local community.

"We wanted to try to reduce the amount of anti-social behaviour and youths congregating, as you would expect during the evenings, and give them an alternative," says Dafydd Llewellyn, the Police and Crime Commissioner for the Dyfed-Powys Police Force area. "What better way to do it than to engage through football?

"It gives them an outlet, as well, for some of their frustrations and to burn up a little bit of energy. We did that and it was very successful.

"Not everyone's got opportunities, and this particular area and other areas across the forces are quite deprived in that sense, and for the Premier League to reinvest back into local communities is fantastic."

Since they began delivering the programme, Swansea's PL Kicks has engaged with nearly 11,000 young people and delivered around 14,000 hours of positive activities to support young people.