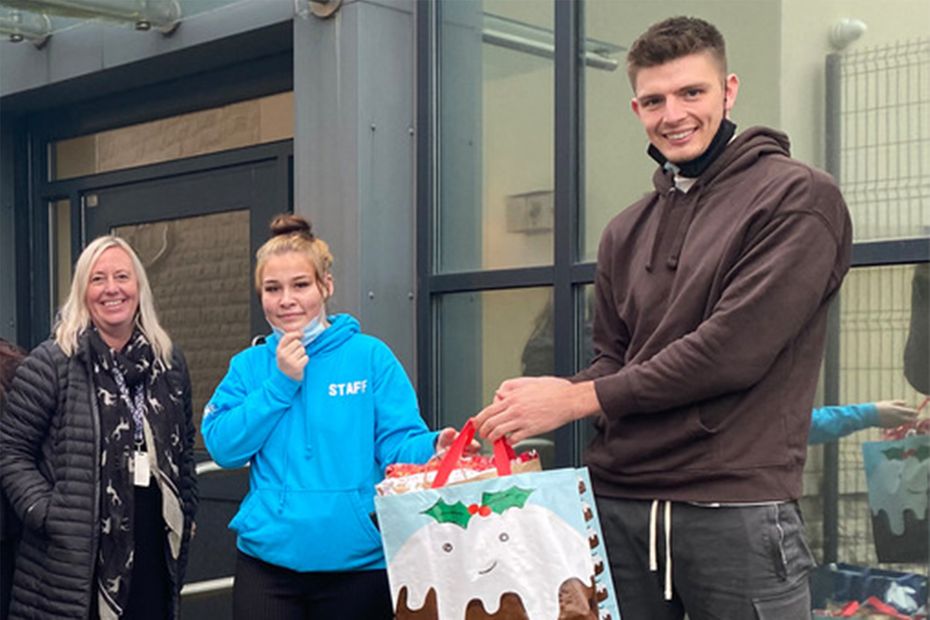 This festive season, Premier League clubs have continued their commitment to supporting their communities.

Burnley goalkeeper Nick Pope visited SafeSpace, which helps young people who are homeless or at risk of becoming homeless, and SafeNet, which keeps women, children, and men safe from domestic abuse, to deliver over 200 presents for residents and service users across both organisations.

"We have had a really tough 18 months, so for the staff and the young people to be recognised by Nick and the team at Burnley is overwhelming," said Claire Bennett, CEO of Positive Action in the Community, which manages SafeSpace.

Burnley's first-team squad also helped pack parcels for the Burnley FC in the Community Kitchen, which has provided food for over 16,000 locals, including 6,000 children, since the start of the year.

Jay Rodriguez also joined Burnley women's Sarah Agger on a visit to patients at Pendleside Hospice, of which he is an ambassador.

The Manchester United Foundation teamed up with FareShare to donate 400,000 meals for local families in need.

This is the second consecutive year that the Red Devils have worked with the national charity, with this year's number of meals totalling 170 tonnes of food.

Neighbours Manchester City and the club's charitable arm, City in the Community, have donated 7,000 everyday essential items to families and club staff volunteering their time with local charities.

In addition, their "This City Loves Christmas" campaign has given every primary school child in east Manchester a free football.

Man City and @citctweets have been busy spreading Christmas cheer!

The Newcastle United Foundation has delivered 400 activity packs to children across the North East receiving care and support at the Great North Children's Hospital in Newcastle as well as to schoolchildren supported by the Foundation throughout the year.

The postponements of fixtures as a result of COVID-19 have disappointed many fans, but there has been a benefit for others.

When Leicester City's home match against Tottenham Hotspur was postponed, the Foxes donated unused sandwich packs to charities working with young people in the city.

Four hundred sandwich packs, prepared for tonight's postponed Premier League fixture, have been donated to charities in the city to prevent the food from going to waste. pic.twitter.com/HXT9URQd2T