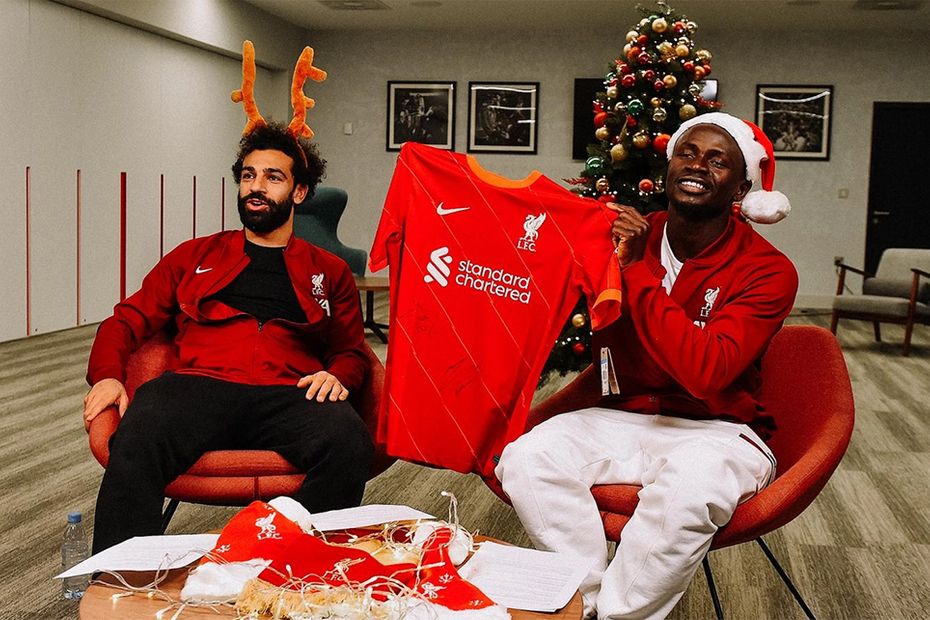 Premier League clubs have reiterated their commitment to supporting their local communities this Christmas.

A traditional part of this support are visits to local hospitals, where players deliver presents and meet patients and staff who cannot be at home over the festive period.

These visits are not possible because of the pandemic, but clubs are using virtual calls to lifting the spirits of those in hospitals.

"It's a shame that we are unable to visit the hospital again this year, but we still had so much fun meeting the youngsters and their families virtually," captain Jordan Henderson told the club's official website.

Across the city, Dominic Calvert-Lewin made a surprise call to 13-year-old Everton fan Dylan, who is recovering at home after a recent nine-hour emergency operation for a brain aneurysm.

Expecting a call with physios at Alder Hey hospital, Dylan instead met his Everton hero as part of the club's "True Blue Crimbo" campaign to reward youngsters who have endured a tough year.

"It's not been an easy time; everyone is working under a lot of anxiety and stress, but these gifts give us that little bit of pleasure and a lift just when we need it, right before Christmas," Francis House Children's Hospice chief executive David Ireland told the club's official website.

🗣️ “It’s so important that we support young people at this special time of year.” - @Cristiano

This support is part of Manchester United Foundation's Santa's Red Helpers campaign, which offers opportunities for young people, as well as supporting local communities and families over the winter period.

Aston Villa head coach Steven Gerrard also made a surprise call to young Villa fan Jai Rai-Aheer, who will be spending Christmas in hospital as he undergoes treatment for Leukaemia.

Seven-year-old Jai Rai-Aheer was diagnosed with leukaemia in May 2021 and will be spending Christmas at @Bham_Childrens.

Steven Gerrard had a little surprise for him... 💜 pic.twitter.com/7ML3QAzsgM

"We cannot thank Spurs enough for their generous gifts - it means the world to our patients, their loved ones and our hard-working team," Kelly Parker, paediatrics matron at The Princess Alexandra Hospital, told the club's official website. "Thank you for thinking of us."

Arsenal delivered toys and club goodies to young people in four north London hospitals, while the club also hosted a Christmas grotto at the Arsenal in the Community Hub for deserving children from four local primary schools who enjoyed a stadium tour and a football session on the pitch.

The club will also hold a Christmas Day dinner at The Hub for young people from Islington who have recently left the care system.

Thanks for all your hard work, guys! ✊