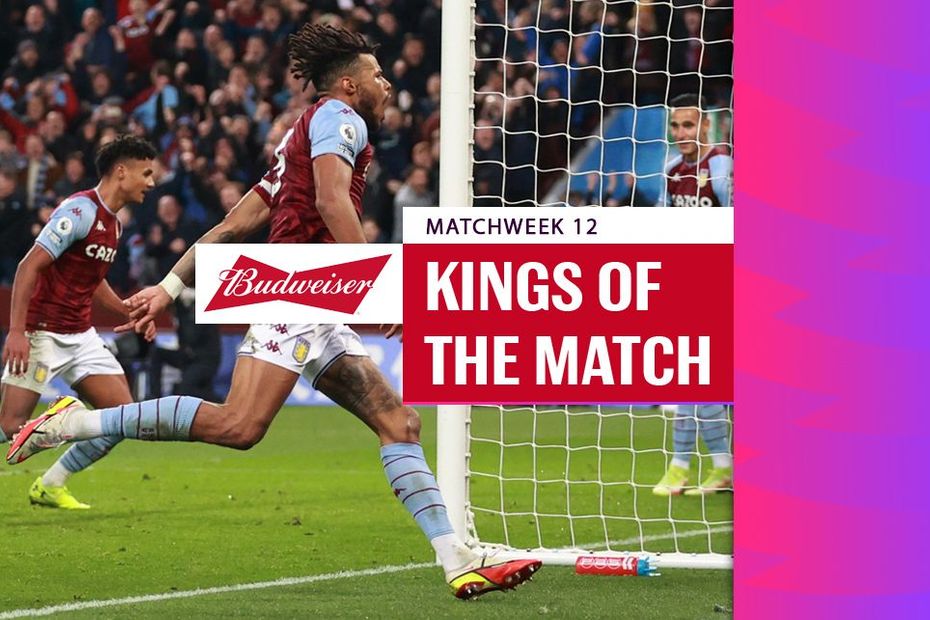 See which players earned the backing of supporters, including Aston Villa's Tyrone Mings

After the final whistles in Matchweek 12 of 2021/22, thousands of supporters voted to crown their Budweiser Kings of the Match.

The wing-back played a part in Chelsea's clean sheet and provided the assist for his team's second goal. He has now scored or set up eight goals in his last eight Premier League appearances.

A brilliant finish from the Aston Villa captain put his side out of sight and gave Steven Gerrard a victory in his first match in charge.

Another impressive showing from the Crystal Palace midfielder, who created his side's second goal and was a threat throughout.

The Newcastle United winger was once again the danger man and his goal rescued a point, giving him almost half of the vote.

A vital equaliser from the Finland international set Norwich City on their way to a second consecutive victory as they moved off the bottom of the table.

An excellent display from the Nigerian, who created goals for Joshua King and Joao Pedro before netting himself in stoppage time.

Scored the winner to give Wolverhampton Wanderers a third successive home victory for the first time in the Premier League.

The full-back was at his best in Liverpool's win, creating two goals and earning 63.6 per cent of the vote.

His exquisite outside-of-the boot assist helped Manchester City break the deadlock, and he was his usual commanding self in defence.